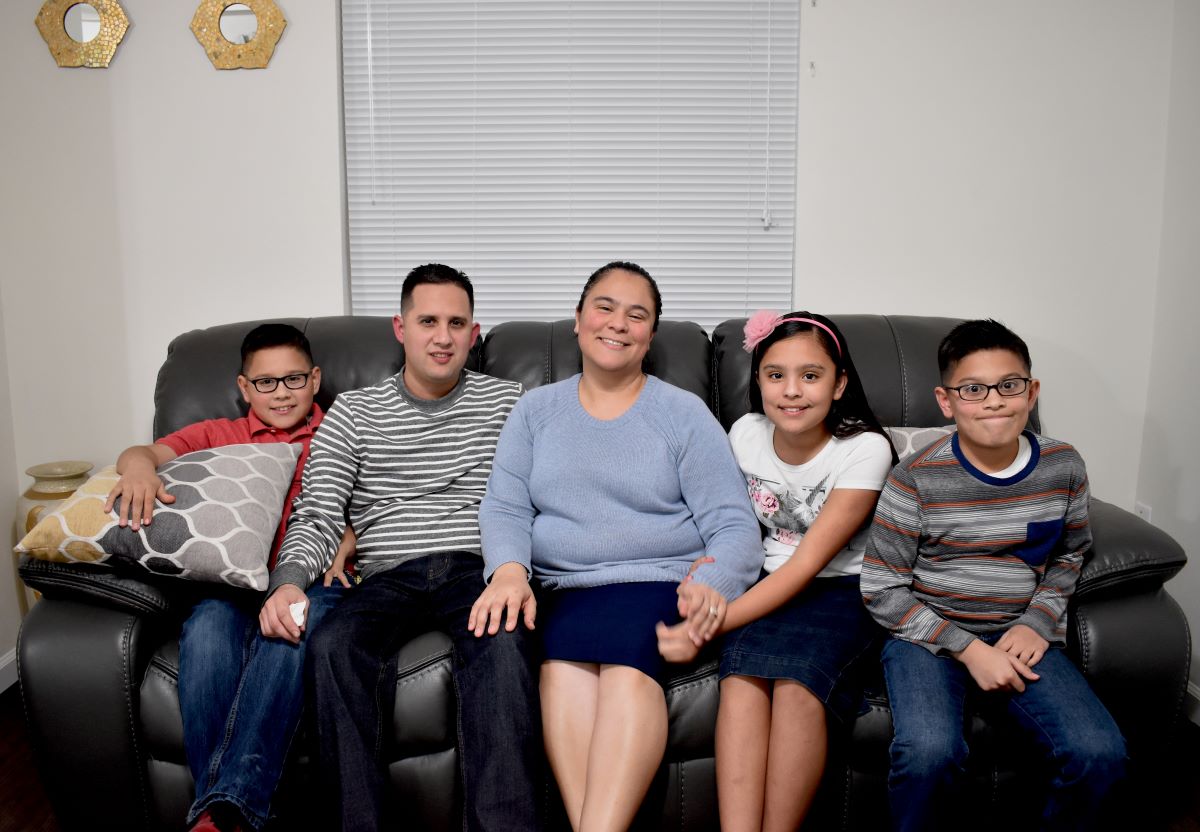 On a typical weekend morning at the Ortiz residence, laughter rings from the backyard as the two boys, Ruben and Daniel, play catch and fly their new remote-controlled drone. Upstairs, the family’s oldest, Sarah, hangs out in her princess-themed bedroom, practicing on her keyboard and singing. Tiffany and Carlos listen contently to the laughter and melodies from their children, still in awe of their new reality. 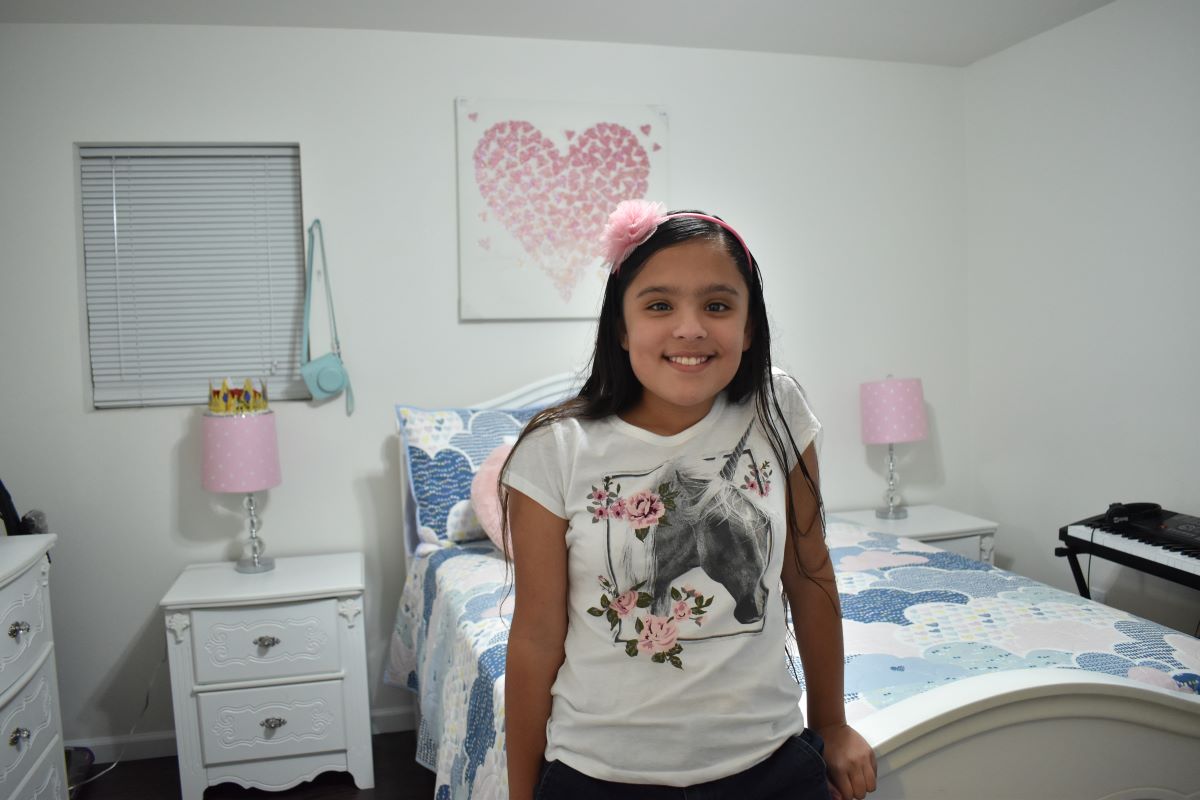 Previously, this close-knit family of five lived in a small, two-bedroom annex above their landlord’s three-car garage. In the cramped space, the three growing children had to share a twin bunk bed. The house worked well when Tiffany and Carlos had little ones —ages 4, 5 and 6 — but as they grew older, it became obvious that the family was outgrowing the annex.

“It was really, really chaotic to squeeze into such a tight space,” says Tiffany. “And the kids, for the most part, would have to stay cooped up in the apartment.” 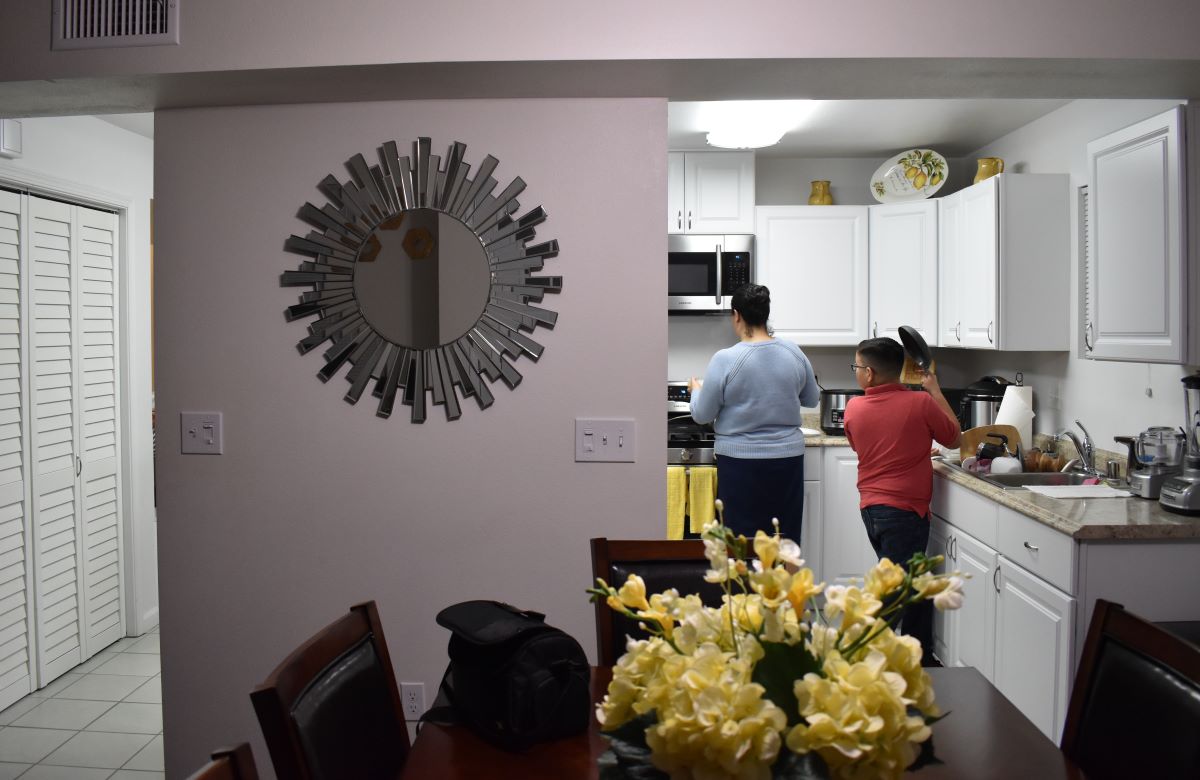 In August of 2018, after four years of living in the tiny annex, the Ortiz family became first-time homeowners of a brand-new, two-story home with three bedrooms, two baths, and a two-car garage, with a picket-fenced front lawn and backyard in the South Wrigley area of Long Beach.

They were one of four families selected to become first-time homeowners on their block as part of a partnership between the City of Long Beach (City) and Habitat for Humanity of Greater Los Angeles (Habitat LA). The Ortiz family was selected through Habitat LA’s competitive homeownership program, which consists of meeting income eligibility guidelines, investing “sweat equity” towards the construction of their home, and participating in homebuyer education workshops. 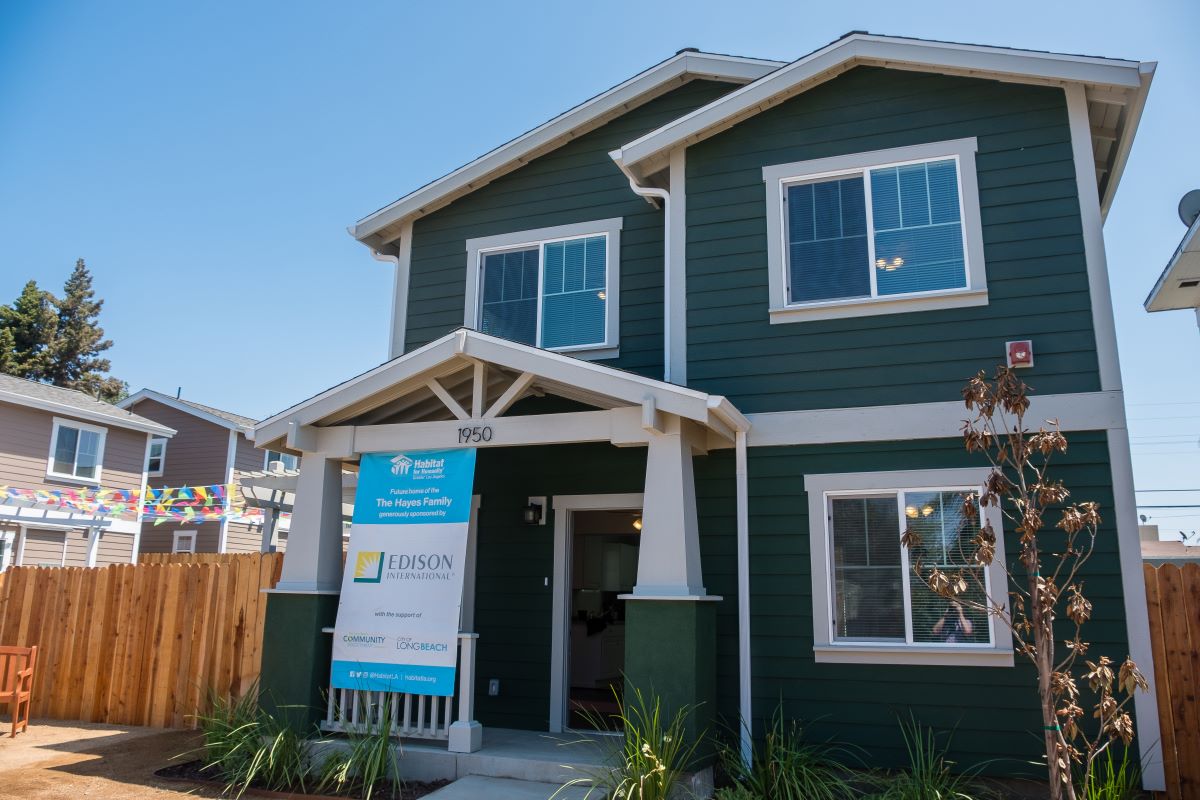 Habitat LA has partnered with Long Beach for over two decades, joining the City’s work of increasing affordable housing which includes providing financial assistance and helping ensure that the City continues to be a place of opportunity for all.  Through Habitat LA’s Neighborhood Revitalization initiative, the partnership plans to complete more than 50 new homes in the City.

“It’s been a pretty amazing journey. We couldn’t be happier,” says Tiffany. “Not in my wildest dreams did I imagine living in a brand-new house. And we still walk through the house, look at one another and go, is this really our life? Is this really my house?”

The Ortiz family has already celebrated several milestones since moving into their new home. In November, the family hosted their first Thanksgiving dinner in their spacious dining room with the kids’ grandparents, uncles and aunts. Following Thanksgiving, the children received a lifelong wish of decking out their home with a Christmas tree, lights, and decorations.

“The boys were helping my husband up on the ladder to hang up the lights, and for my daughter and I, it was our project to go out and buy the decorations,” says Tiffany. “It was really special to be able to do that for them this year. It was a family adventure.”

Tiffany, who works full-time as a loan processor at a bank, credits Habitat LA’s program for not only providing the opportunity to become homeowners but also for teaching she and Carlos about financial management and estate planning. During the recession, the family went through a particularly difficult period when Carlos was laid off from his job.  As they struggled living paycheck to paycheck, decisions came down to choosing between buying baby formula and diapers or making credit card payments.

They’ve come a long way in rebuilding their credit and feeling financially secure, thanks to the support of the City and Habitat LA.

“So many dream for it, and it’s a dream they can’t attain, as hard as they work in their lives,” says Tiffany. “I see it as a miracle.”