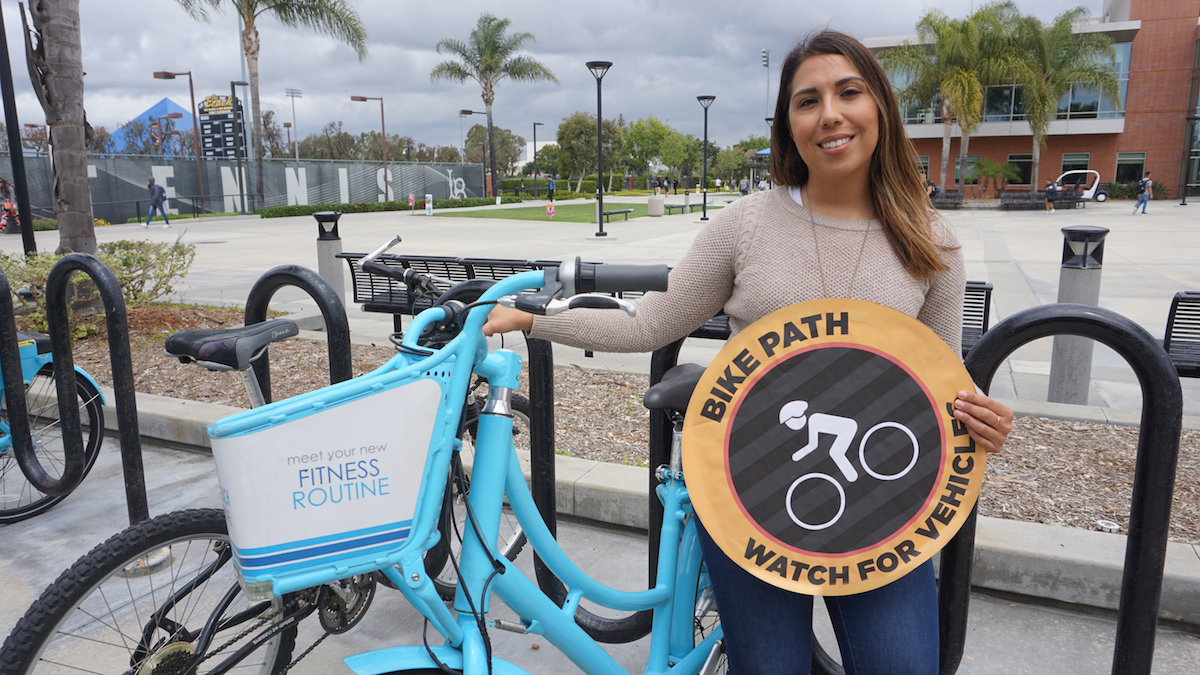 When the City of Long Beach installed 1.1 miles of protected bike lanes on both sides of Bellflower Boulevard last summer, the new bikeway ran by the west entrance of Cal State Long Beach (CSULB). And campus planners at the university wanted to build on the momentum. 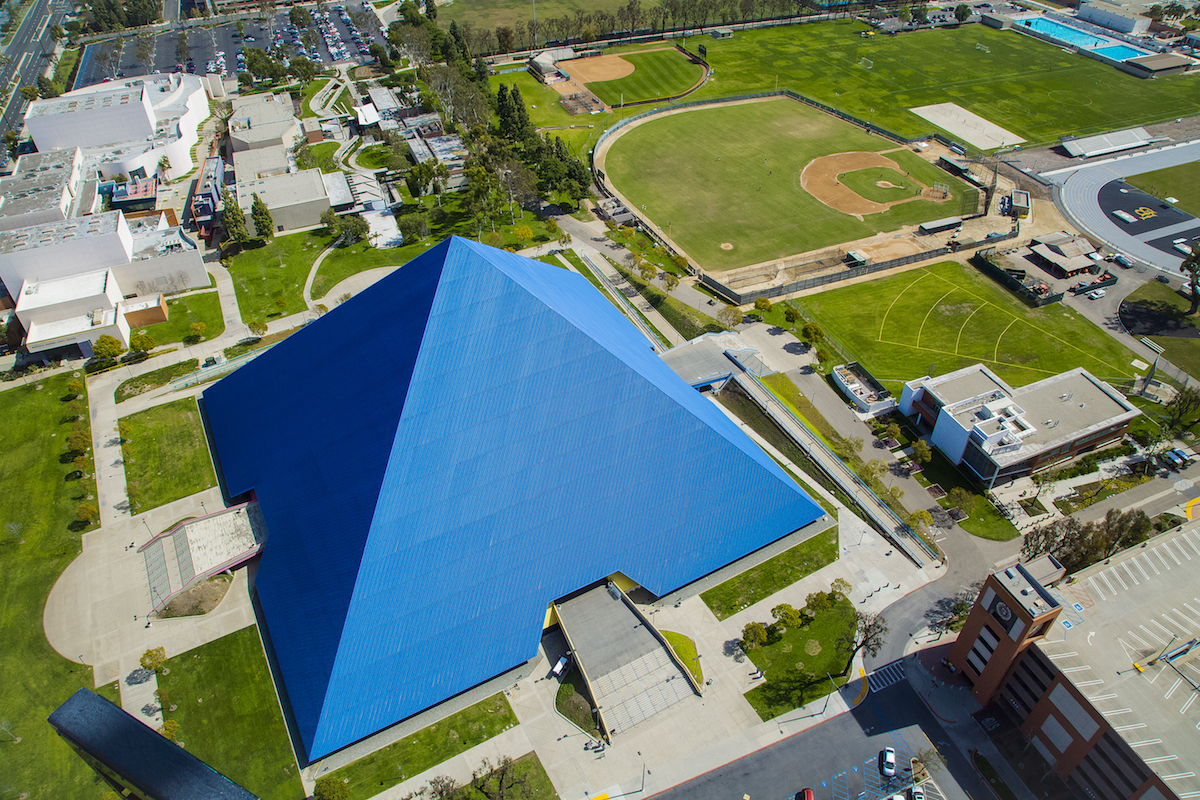 “We thought, ‘This is huge!’” says Melissa Soto, campus planner at CSULB. "That really inspired us to continue the work onto our campus because it benefits everybody.”

Currently, there are many “observed” skate/bike paths around campus without clear signage, which deters less-experienced riders. So, Soto and her team designed 24-inch and 36-inch on-ground decals, made of durable preformed thermoplastic, to clearly mark the paths and remove the guesswork for riders.

“In the name of sustainable transportation, we definitely want to encourage people to bike here, to skateboard here, to take the bus — anything that’s not bringing their cars,” Soto says. “But then we also realized that we’re not giving students a safe, comfortable and easy route to take on campus. So this is our start.”

This effort taking place on the CSULB campus mirrors the citywide initiative to make Long Beach the most bike-friendly city in the United States. When the City updated its Bicycle Master Plan in 2017, Long Beach had 130 miles of bikeways across the city. Now it has 149 miles of bikeways, with more to come in 2019. The goal is for 10% of all trips to be made by bicycle in 10 years, rising to 20% in 20 years and 30% in 30 years. Creating more bikeways, improving safety for all levels of riders, and expanding the citywide bike share program are key initiatives to getting more commuters out of their cars and onto bikes.

At CSULB, with newly designated “wheel paths” for bikes, scooters, and skateboards across the quad and the northern part of campus, planners are creating a complete loop around campus that also connects with City bike lanes on Bellflower Boulevard, Atherton Street, Palo Verde Avenue, and State University Drive. With the City’s help, curb cuts will be installed to create a seamless transition from City lanes to campus lanes.

The new wheel paths, along with an updated campus map, will be ready by fall semester.

“The issue with our campus is that it can be very crowded because we have 37,000 students and 4,000 faculty and staff members,” explained Soto. "The goal is to find the routes that people can take that are efficient for them because someone on any kind of wheels will want to go from point A to point B as quickly as possible. We have to give them a safe place to travel in order for them to say, ‘Oh that’s a good idea. If I can bring my bike to campus, it’s actually pretty convenient.’”

This effort goes hand in hand with the campus-wide sustainability efforts, which includes a zero-waste program and the incorporation of solar energy as a large source of power. Soto, an experienced cyclist herself who goes road cycling every weekend and often rides her commuter bike to campus from her Belmont Heights home, says her team wants to encourage riders of all levels to ditch the car when they come to campus.

“The biggest CO2 producer on our campus is from car trips, from commuting,” she says. “So if we can reduce a good-sized number of those car trips, it’s what’s really going to make a difference.”