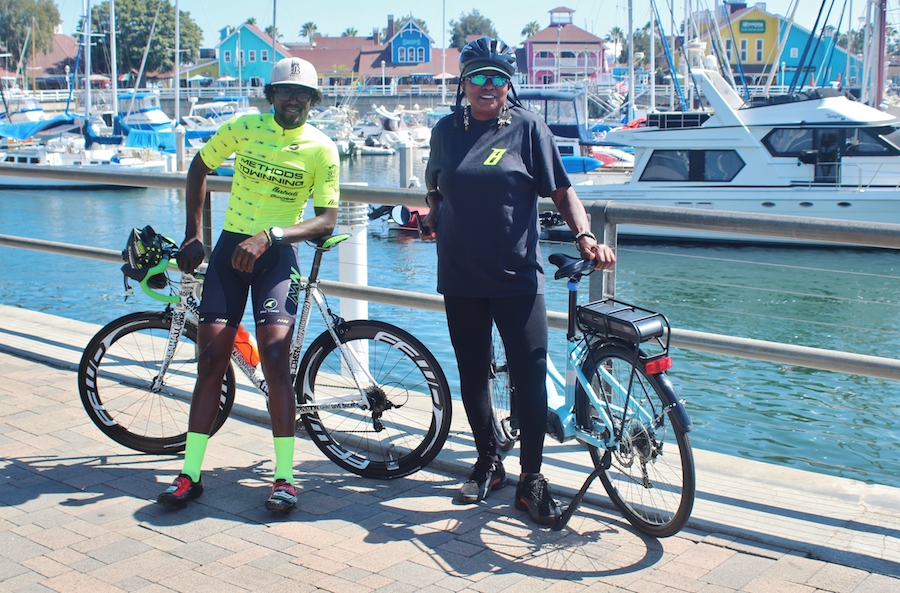 Queen Bahati, who came to Long Beach by way of Alabama, Compton, Carson and Leimert Park in L.A., is an avid cyclist and the mother of renowned cycling champ Rahsaan Bahati. Both Queen and Rahsaan bring important threads to the ever-growing fabric of Long Beach bicycle friendliness.

Bahati can often be seen running errands on her bike and getting quality cardio work in at the same time. 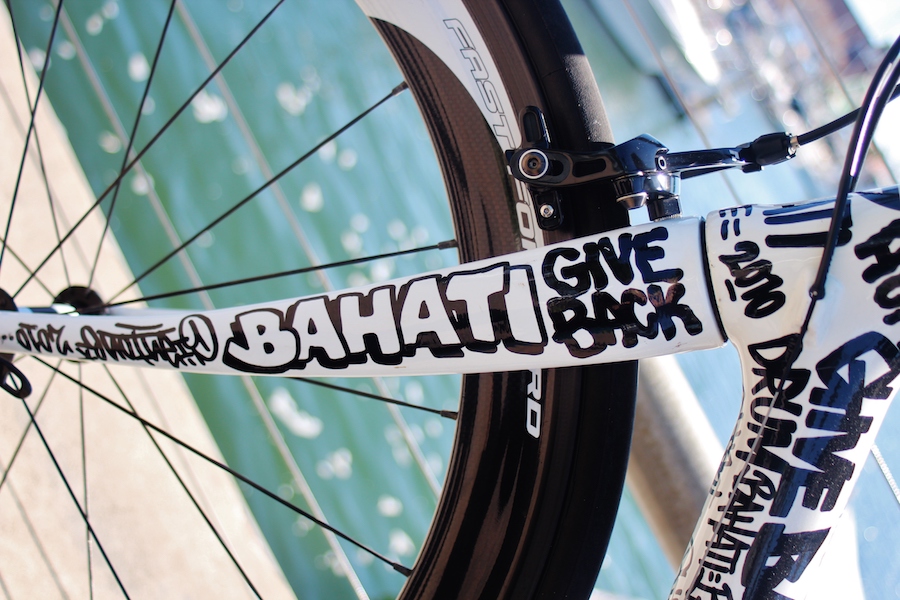 "It's much more convenient than using a car," said Bahati, "and I may see things I wouldn't notice if I was driving."

Bahati rides an eBike given to her by Rahsaan. It offers electric assistance, but only if the rider is pedaling. A five-hour charge will give about 50 miles of pedaling aid.

"At my particular age, the knees start hurting and it's tougher to get up hills," said Bahati. "With an eBike, you just push a button and get a smoother glide. It gets me up hills I've had a challenge with before."

The Bahati cycling legacy kicked into high gear when she and her husband Rashid were looking for activities for Rahsaan during his formative years in Compton.

"I was active in the school district, and I was always looking for things for Rahsaan to do," said Bahati. "Rahsaan was the class clown at the time. I was trying to figure out how I could utilize his energy."

One of Rahsaan's middle school teachers knew about a kids cycling program at the velodrome in Carson.  Rahsaan gave it a try, fell in love with it and was recognized as a natural by his coaches. He went on to become a champion junior cyclist and has been enjoying a brilliant professional career, winning multiple national championships and competing overseas on prestige cycling teams such as Saturn against the world's finest racers.

"My Mom and Dad always encouraged me to follow my dreams but they never put too much pressure on me," said Rahsaan. "In retrospect, it's been a blessing because if you really love it, you stay in it anyway and the parents are there for the reinforcement. It's a natural support factor, versus being pushed."

This summer, Rahsaan was part of a four-man team that finished 4th in the Race Across America (RAAM), a 3,080-mile competition that starts in Oceanside, California and ends on the dock at Annapolis, Maryland.

During the RAAM, each team member would ride all-out segments for 35 or 40 minutes.

"It was basically a leapfrog scenario for 3,080 miles," said Rahsaan. "You want to go as fast as you can, as many times as you can. I think I got seven hours of sleep in six days."

Rahsaan works in downtown Long Beach for Zwift, an interactive bike training game that connects cyclists around the world. A couple of times a week, he'll take a ride from his downtown office.

"I've noticed over the last year, working downtown, that the bicycling infrastructure has improved," said Rahsaan. "I've noticed a lot of bike lanes going in. Bike Share (the City’s bike rental program with hubs throughout Long Beach) has been popping up everywhere. And, driving my car down here from L.A. every day, I notice that the traffic is not as bad as it used to be."

Tony Cruz who is a former international pro cyclist and works for the City of Long Beach as Community Programs Specialist shared how having someone in the community like Rahsaan working for Zwift is great.

"Not only is Rahsaan a good friend…but he also continues to be one of the top racing talents in America,” said Cruz. “Besides being one of the fastest sprinters on the bike he still manages to take time out to give back to his community. He’s a pretty special athlete."

Rahsaan and Queen continue to support cycling in Long Beach and beyond. Rahsaan mentors young cyclists through his own cycling squad, The Bahati Foundation Elite Team. Queen is thinking about starting a women's cycling club in Long Beach.

"I love riding my bike," said Bahati. "It's such a freedom to me. Drumming, dancing, cooking, gardening and riding my bike: Those are my favorite things."