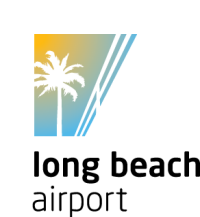 "With an assortment of beloved local eateries serving a fine selection of regional cuisine, Long Beach Airport stands out among its counterparts for delivering quality fare in such a unique and welcoming setting," said Mayor Robert Garcia. "Our community should be proud that our airport is continuing to receive such accolades and establishing itself as one of the finest airports in the country, if not the world."

USA Today and 10Best.com mentioned that LGB hearkens back to the golden age of flying, and that its food options are a great representation of local flavors.

"With an exceptionally designed terminal facility and a team which collectively delivers remarkable customer service, Long Beach Airport is honored to receive this recognition from USA Today, 10Best.com and Airport Revenue News," said Airport Director Bryant L. Francis, C.M. "Further, in the USA Today 10Best.com Readers' Choice poll, LGB was by far the smallest of the 15 airports nominated for Best Airport Dining in terms of passenger activity, so this is indeed well deserved recognition for LGB."

The Airport Revenue News awards were announced at its recent Revenue Conference and Exhibition in Dallas, Texas. The selection process began in September 2015 and involved the airport industry in soliciting nominations, before they narrowed down the field of finalists. A committee of industry professionals voted on those finalists to select winners for each category.