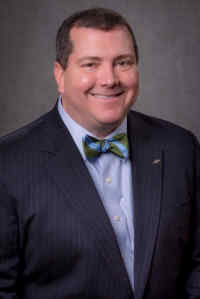 City Manager Pat West today named Bryan M. Sastokas, a technology executive with 20 years of experience in the public and private sectors, as Director of Technology and Innovation. Mr. Sastokas' appointment will be effective June 15, 2015.

"Bryan has a proven history of innovation and project delivery," said Mr. West. "His commitment to technology services for public agencies and history of award-winning service will be a great addition to our Senior Management Team and will continue to help the City's evolution as an innovation and technology leader."

Mr. Sastokas has served as Chief Information Officer for the City of Oakland since 2014, where he is currently responsible for overseeing technology initiatives and for the delivery of IT services. Prior to joining the City of Oakland, Mr. Sastokas held executive positions with the City of Modesto, CA, the City of Coral Springs, FL, and  with several private sector companies including: the Universal Service Administrative Company; John Hancock Financial Services; Bay Networks, Inc; and Stream International Inc.

“I am committed to developing and implementing technologically based solutions to create even more efficiencies, while also helping the City of Long Beach better engage with residents, businesses and visitors,” said Mr. Sastokas.

Under Mr. Sastokas’ leadership, his cities have been ranked in the Top 10 by the Center for Digital Government and a recipient of the Malcolm Baldrige National Quality Award.  Professionally, Mr. Sastokas has been recognized nationally as one of the “Premier 100 IT Leaders” by Computerworld, named one of Government Technology’s “Top 25 Doers, Dreamers and Drivers for 2015”, and has been acknowledged by the San Francisco Business Times & Silicon Valley Business Journal as a “Community Champion” in the 2015 Bay Area CIO Awards.

The City of Long Beach has been named a Top-10 Digital City for four consecutive years. The Department of Technology and Innovation plans and develops the technology infrastructure for the City, while working across traditional boundaries and improving government service for the entire Long Beach community. The Department works to create a more energy-efficient computer environment, and emphasizes transparency, openness and civic engagement. The Department also runs LBTV, the City’s cable channel.

Mr. Sastokas holds a Master of Science in Management from Cambridge College. He attended undergraduate school with a focus on Computer Engineering at Pennsylvania State University, completed graduate studies at Harvard University in Software Engineering, and earned a Graduate Certificate in Senior Executive Leadership from Georgetown University.

Mr. Sastokas is replacing Curtis Tani, who retired as Director of Technology Services in September 2014.

“I would also like to thank Chris Wilding for his exemplary service as Acting Director of Technology and Innovation these past eight months,” Mr. West said.