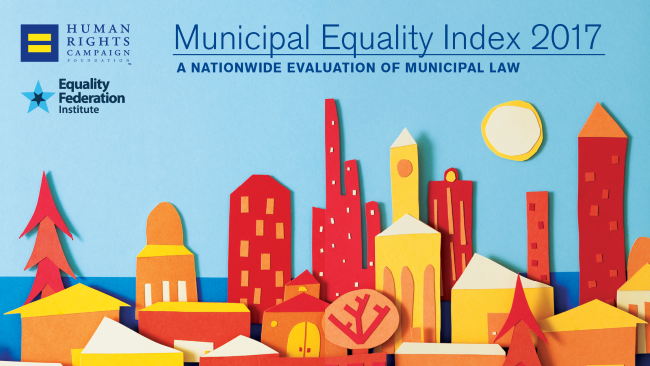 For six years in a row, the City of Long Beach has been named one of the best cities in the nation for Lesbian, Gay, Bisexual, Transgender, and Queer (LGBTQ) inclusion in municipal law and policy. Long Beach was one of only 68 out of 506 cities nationwide to achieve a perfect score in the Human Rights Campaign's Municipal Equality Index (MEI).

“Long Beach takes pride in the accomplishments and contributions of our LGBTQ community,” said Mayor Robert Garcia. “We will continue to celebrate our City’s diversity and remain committed to strengthening the communities that make our city great.”

This year the City of Long Beach received a new record score of 100, plus ten bonus points. Cities are rated on a scale of 0-100, with bonus points awarded for items which apply to some, but not all cities.

Eleven other cities in California received perfect scores. When considering total scores plus bonus points, Long Beach tied with the City of San Diego for fourth highest ranking in the State, scoring only lower than San Francisco, West Hollywood, and Los Angeles.

The MEI examines the laws, policies, and services of municipalities and rates them on the basis of their inclusivity of LGBTQ people who live and work there. The 2017 MEI rated 506 cities from every state in the nation, with a total population of 94,237,171 people.

Home to approximately 470,000 people, the multiple award-winning and innovative City of Long Beach offers all the world-class amenities of a large metropolitan city while maintaining a strong sense of individual and diverse neighborhoods nestled together along the California coast. Long Beach is home to the Queen Mary, Aquarium of the Pacific, several museums and theaters, a highly rated school district, Long Beach Airport, the Port of Long Beach, as well as many award-winning City departments such as Health, Parks, Recreation and Marine, Development Services and more. The City also has a highly respected university and city college, two historic ranchos, five hospitals, five golf courses, 170 parks, miles of beaches, marinas, bike paths, and a Bike Share program.