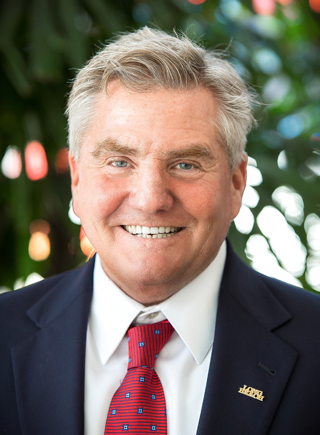 Long Beach City Manager Patrick H. West has announced that he will be leaving his post as the chief executive of the City to bring his insights and knowledge to the private sector. Mr. West started with the City of Long Beach in 2005 as the Executive Director of the redevelopment agency and Community Development Director after serving the City of Paramount for 25 years. In 2007, Mr. West was appointed Long Beach City Manager by the City Council.

“I can’t thank Pat enough for his extraordinary leadership and friendship,” said Mayor Robert Garcia. “He truly cares for our city and has built a dynamic team who are working to make our city better every day. We will miss him but are excited to see him continue his career in new and exciting ways.”

During Mr. West’s tenure with the City, Long Beach has seen tremendous advancements in development, public health and safety, and livability. Despite gaining the City’s top post during the country’s Great Recession, Mr. West has delivered his 13th consecutive balanced budget, the latest of which is $2.8 billion dollars.

Highlights of the City’s last 13 years include a recent development boom, which currently includes $3.5 billion in private construction. This boom was made possible largely in part by an innovative and streamlined Downtown Plan, allowing for additional housing and a reimagined skyline. Mr. West has overseen the development of a unique and innovative public-private partnership (P3) to build a new Civic Center, which includes a new LEED certified and seismically sound City Hall and Port Administration building, a new main library, recently named the Billie Jean King Main Library and a new downtown park. The P3 allowed for $520 million of investment into public facilities without any new taxes.

“Being a part of this great diverse City has been an honor for me. I have seen so much positive change and innovation in the last decade, and it amazes me how much is being accomplished every day,” said Mr. West. “All these accomplishments would have not been possible without the leadership of the mayors, councilmembers and other elected officials I have had the pleasure of working with over the years, and the commitment of department directors and dedication of all our fantastic City staff. I’m excited to step aside and make way for new leadership, and to take the next step in my own career.”

During Mr. West’s time as City Manager, the City has also seen an increase in livability initiatives, projects and programs. Major advancements in complete streets has taken place in the city, including the emergence of a safe and dedicated bicycle lane network, better ADA access, roundabouts and increased walkability with outdoor dining and activities. The City has also redeveloped many major corridors and continues to rise in prestige as having one of the best parks systems in the country. The City also initiated a popular bike share program and expanded its beach bike path with separate lanes for walking and riding. The City has also seen a dramatic positive change in water quality, with Heal the Bay now consistently rating all Long Beach beaches as excellent during summer months.

Long Beach’s economy is thriving, and in 2018, the City saw its lowest unemployment rate in 30 years, at 4.1%. And the City has also become safer over the last 13 years with Part 1 crimes and aggravated assaults significantly decreasing. Long Beach is also being recognized as a leader in providing support to people in the community experiencing homelessness, and providing the services needed to get them into housing and the support needed for them to stay in housing. The services provided has helped decrease the number of people experiencing homelessness in Long Beach by 40% in less than ten years and has placed thousands of people in permanent housing.

Technological advancements have also been at the forefront of Mr. West’s time as City Manager. The City recently underwent the most comprehensive technology upgrade in the history of the City, with a new Enterprise Resource Planning system. The City has made comprehensive efforts to bridge the digital divide through inclusion. Public Wi-Fi has been made available at over 20 Long Beach parks and 12 libraries giving residents who have a laptop, tablet or phone the ability to access the Internet at no charge. For those who do not have the hardware or need a quiet and safe place to work or study, the City provides access to well over 300 computers connected to high speed broadband throughout the Long Beach Public Library System. The City has expanded its fiber optic network and will continue to do so, looking at innovative ways to further enhance digital inclusion.

Mr. West’s last day with the City will be September 20, 2019. Forthcoming, City Council will meet in closed session to discuss next steps in filling the position.