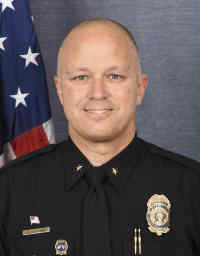 "Michael Beckman displays integrity, innovation, and leadership at the highest levels," Chief Luna said. “He has distinguished himself as an effective administrator and will be an asset to our executive team.”

Commander Beckman's most recent assignment has been Commander of the Patrol Bureau Field Support Division. He has worked in all geographical patrol divisions and his previous assignments include duties in the Field Training Officer (FTO) program; the Training Division as the Police Academy Sergeant, Peace Officer Standards and Training (POST) instructor; and the Administrative Lieutenant to the Deputy Chief of the Patrol Bureau.

Commander Beckman is a proud native of Long Beach, and an R. A. Millikan High School graduate. He holds an Associate in Arts degree from Long Beach City College, a Bachelor of Science degree from California State University, Long Beach, and a Master of Public Administration (MPA) degree with a concentration in Disaster Management. He is also a graduate of the FBI National Academy Session No. 256 and the Sherman Block Supervisory Leadership Institute (SLI) Class No. 242.

“I am truly humbled by this honor to serve our great city, its valued community members, and our Police Department as Deputy Chief,” Commander Beckman said. “I will strive to represent the highest standards of excellence in service to our community.”

Commander Beckman serves as the elected President of the Long Beach Police Department’s Command Officers Association. He is a Charter Member of the Long Beach Police Foundation and a former at-large member of the American Society for Public Administration (ASPA). Commander Beckman is also a member of many professional associations, including the International Association of Chiefs of Police (IACP), the Long Beach Branch of the NAACP, International Association of Emergency Managers (IAEM), California Association of Tactical Officers (CATO), Concerns of Police Survivors (COPS), the National Tactical Officers Association (NTOA), and supports Special Olympics Southern California and American Cancer Society’s Relay for Life community events.