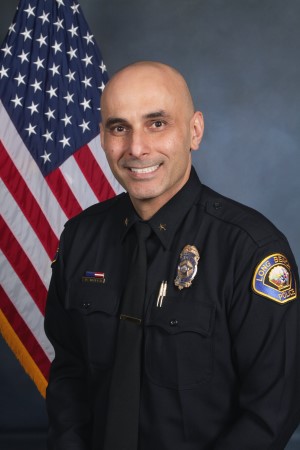 “An internal promotional review process was conducted involving many highly qualified applicants. I would like to commend all of the candidates for their accomplishments and the leadership they provide to the Long Beach Police Department and the City of Long Beach,” said Police Chief Robert Luna. “Deputy Chief Hebeish is known as a leader who promotes the Department’s core values of ethics, intelligence and respect. His consistent dedication and effort has earned the trust and respect of those within the Police Department, other City departments, and our community.”

Deputy Chief Hebeish has served the Long Beach Police Department (LBPD) for over two decades. He began his law enforcement career in 1994 with the Orange County Sheriff’s Department, and transferred to the LBPD in 1995. He promoted to the rank of Sergeant in 2005, to Lieutenant in 2013, and to Commander in 2015.

“I am very grateful for this opportunity and look forward to assuming a new leadership role in the organization,” said Deputy Chief Wally Hebeish. “As Deputy Chief of the Support Bureau, I am honored to oversee the recruitment and hiring of new police officers as well as ensuring that all police employees receive the most current training available. Our city and community partners are an essential part of our public safety team and I am excited to continue to build and maintain these important relationships.”

Deputy Chief Hebeish received a Bachelor of Science Degree in Criminal Justice from California State University Long Beach and is a graduate of the Sherman Block Leadership Institute.