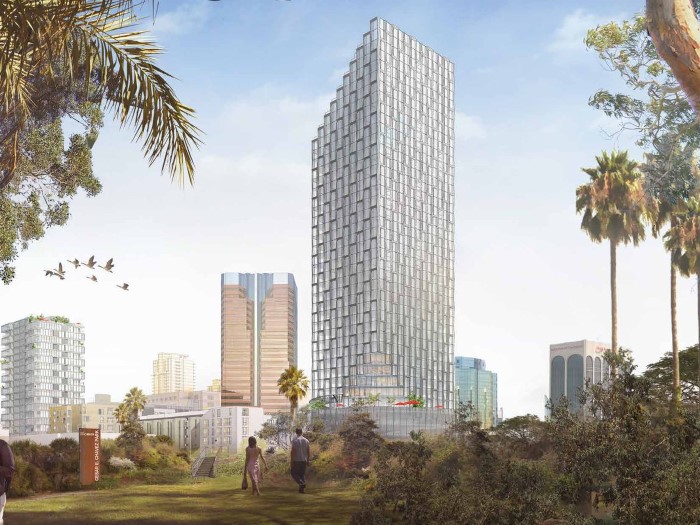 A 35-story tower at the Shoreline Gateway project is due to break ground in 60 days, earning the title of Long Beach’s tallest building, says Long Beach Mayor Robert Garcia. But the high-rise won’t hold that title for long.

Garcia unveiled on Tuesday plans for a new development in the city’s downtown that would include a 40-story tower—tall enough to unseat the Shoreline Gateway as the city’s highest, when complete.

Developed by Maple Multifamily Land, a subsidiary of Trammell Crow Residential, the project would rise on a large parking lot directly north of the World Trade Center in Long Beach, near Broadway and Magnolia.

Renderings show the building as a glassy high-rise shaped a bit like a prism standing on end. Architecture for project, called the West Gateway, is by Long Beach-based Studio One Eleven. The firm did not respond to a request for comment.