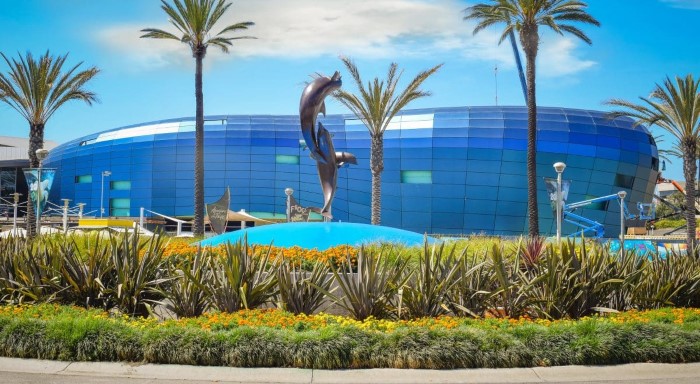 Construction on the Aquarium of the Pacific’s massive $53-milion expansion, dubbed the Pacific Visions wing, continues as the shape of its blue whale-inspired design takes form in DTLB.

The 29,000-square-foot, two-story, project was unveiled over two years ago after San Francisco-based firm EHDD revealed its design for the Aquarium’s first expansion since opening in 1998.

Originally slated to open this year, the project has been pushed back to an opening date of spring 2019, when visitors will finally be able to experience the highlight of the project, the Honda Pacific Visions Theater. Viewers will be submerged into a virtual ocean environment thanks to a massive, 180-degree curved screen that measures some 130-foot-wide by 32-foot-tall screen. At the floor, a 30-foot-diameter projection disc will help “move” the audience in and through simulated aquatic scenery.