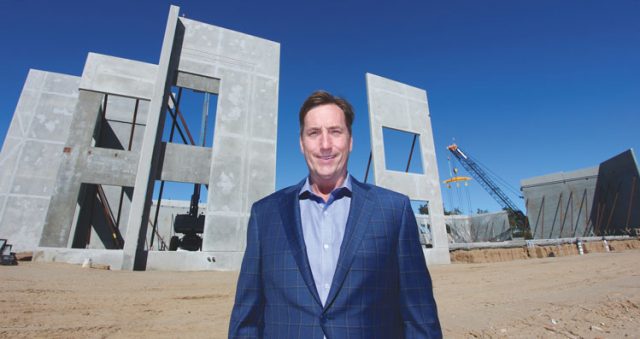 For the last decade, Sares-Regis Group (SRG) and its partners have worked to develop Douglas Park on more than 280 acres of land previously owned by The Boeing Company. Come July, the first components of the final major development in the area, Pacific Pointe Northwest, will come online.

The mixed-use project, located north of the Long Beach Airport, has been a boon to the local economy, creating thousands of good-paying jobs, attracting companies to relocate their headquarters to the city and serving as a good neighbor to nearby residential areas.

“We thought this land was going to be the hardest to develop because it’s on the backend of the project,” SRG Senior Vice President of Commercial Development and Investment Larry Lukanish told the Business Journal. “Now that everything is built out and retail is next door, it has actually become some of the best land because it’s got walkable amenities.”