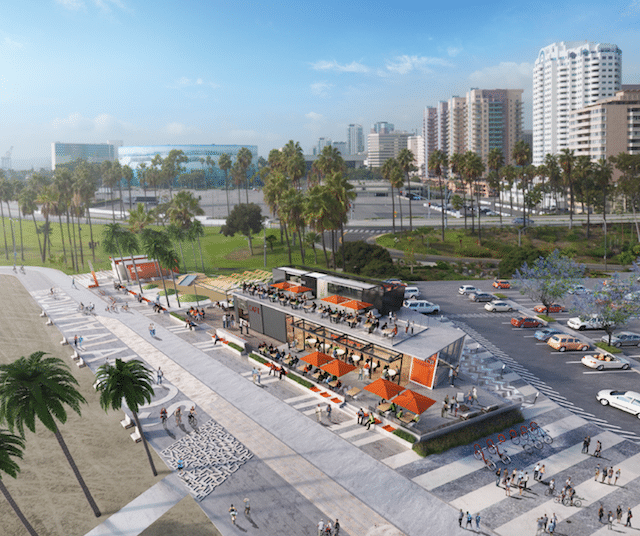 
By: Brian Addison  in Longbeachize

After unveiling sleek, contemporary renderings of proposals to upgrade the amenities of various areas along the coast of Long Beach, the Long Beach City Council formally decided to move forward on breaking ground on one of three proposed concession areas. Alamitos Beach, just south of the Villa Riviera and east of Shoreline Drive, will be the first area to have construction begin.

After outreach meetings that began during the summer of 2016 and continued for more than a year, the Planning Commission first moved the project forward in December of 2017, with three focal points along the city’s waterfront: Alamitos, Junipero and Granada Beaches.

According to a presentation initially given to the city, the new amenities will seek to make three things happen: enhance the beach experience, support existing activities and increase safety and a feeling of welcomeness—issues that were expressed by residents at outreach meetings.