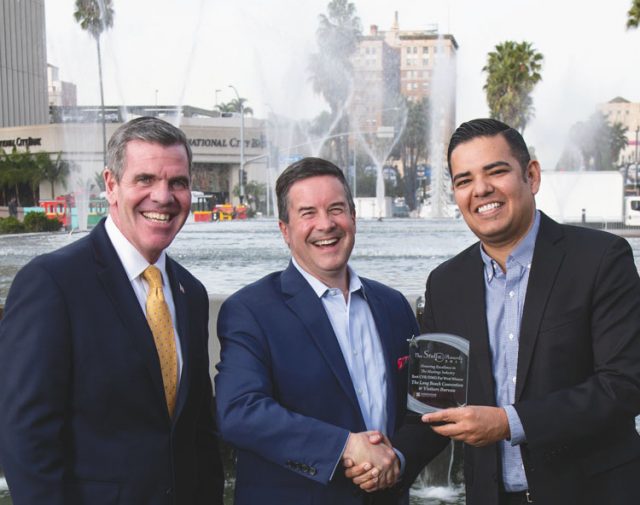 Despite Steep Competition, Hospitality And Tourism Industry Continues To Grow

With increasing convention and meetings bookings and growing interest in the city as a tourist destination, Long Beach Area Convention & Visitors Bureau (CVB) President and CEO Steve Goodling is bullish on the future of the city’s hospitality, tourism and convention industry in 2019 and beyond.

In 2018, the CVB booked 274 conventions and meetings, bringing 1,408,816 visitors to the city and generating 208,097 overnight stays at local hotels. For fiscal year 2019, which began in October, bookings are already showing an increase over the prior fiscal year, according to Charlie Beirne, general manager of the Long Beach Convention & Entertainment Center.

“It’s going to be a busy year. We’re having a tough time finding space for people, which is a positive for us,” Beirne said in an interview with Goodling. Beirne noted that entertainment bookings at the Terrace Theater are on the rise, particularly among comedians. He attributed the increase to efforts to grow relationships with event promoters.