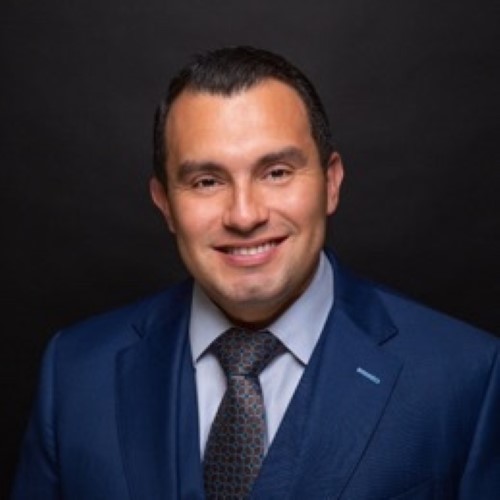 LIMITLESS Long Beach - Creating an Environment for Businesses to Thrive

For decades, large businesses have chosen to locate in Long Beach to capitalize on an exciting large city with a dynamic community, convenient transportation infrastructure, business friendly governance, and urban beach lifestyle. As the second most populous city in Los Angeles County, Long Beach has also created and preserved an enviable stock of historic buildings retaining an authentic sense of place.

Home to approximately 480,000 people, the multiple award-winning and innovative City of Long Beach offers all the world-class amenities of a large metropolitan city while maintaining a strong sense of individual and diverse neighborhoods nestled together along the California coast. Long Beach is home to the Queen Mary, Aquarium of the Pacific, several museums and theaters, a highly-rated school district, Long Beach Airport, the Port of Long Beach, as well as many award-winning City departments. The City also has a highly-respected university (Cal State University, Long Beach) and city college, two historic ranchos, five hospitals, five golf courses, 171 parks, miles of beaches, marinas, and bike paths.

The City of Long Beach is an ideally-positioned city in Southern California. It is accessible by four major freeways and the Metro Blue Line delivers commuters to the heart of downtown Long Beach. This accessibility makes Long Beach a vital hub in the emerging tech corridor in Southern California. In addition, national air travel is available through the Long Beach Airport which is a mere 8-mile drive from Downtown Long Beach, with Los Angeles International Airport only 24 miles away. The Long Beach Airport has been named as one of US Conde Naste Traveler Top Ten US Airports in 2016 and 2017.

Long Beach continues to evolve as one of the most thriving and walkable places to live and work in America. There are over 73 development projects under construction, or in pre-development that are changing the City. “There is a City emerging from within the City.” Leading the list of new projects, is the new Civic Center to be completed in June 2019. The project will integrate new buildings for City Hall, Port headquarters, a new 92,500 sq. ft. main library, and new park. Furthermore, there are now nearly 5,000 new homes under development, with more than 800 of those homes designated as Affordable Housing, for low income veterans, seniors, and families. These improvements add to the tourism and shopping landscape that Long Beach is known for.

Business-Friendly
The City of Long Beach continuously promotes a business-friendly environment through events and targeted advertising. With 154 new businesses making the decision to call Long Beach home since 2017, it’s safe to say our business environment is thriving. The Digital Cities Survey is part of the Center for Digital Government’s Digital Communities program. Open to all U.S. cities, the Digital Cities survey examines each city’s/county’s overall technology plans, as well as their programs, and recognizes leading cities using technology to enhance government transparency and security, foster citizen engagement, and improve services for citizens. For the eighth consecutive year, the City of Long Beach has been named a Top 10 Digital City. One of the projects that exemplifies this is the City’s move to a state-of-the-art Civic Center with a new foundational technological infrastructure. The City plans to introduce a modern Enterprise Resource Planning (ERP) system, digitize paper-driven workflows through the City’s electronic document management system (EDMS), and invest in cybersecurity.

To become ever more accessible to new businesses, the City of Long Beach utilizes an online business portal, BizPort. The site serves as a digital ombudsman to help entrepreneurs easily navigate the steps to start, manage, and grow a business. Big data has transformed the world’s way of doing business. With that in mind, the City of Long Beach partnered with global smart-mapping leader, Esri, in early 2017 to launch a comprehensive data hub called DataLB. As a public engagement tool, DataLB makes the city’s geospatial analytics data available online to the public.

From “Class A” offices to innovative co-working spaces, offices across downtown Long Beach are becoming places that reflect the diversity of the workforce and its creative capital. These office spaces—open, colorful—include amenities like libraries, outdoor hangout areas, collaboration tables, and art pieces to inspire employees. The City has a multitude of available office spaces ready for new businesses, as well as several projects in the pipeline for 2019 and beyond.

Housing Development
The City of Long Beach has competitive and excellent home values that will continue to bring additional benefit to homeowners as time goes on. Long Beach residents prefer to work in Long Beach, with the city having the highest proportion of local workers at 24.2% compared to the next city, Los Angeles, which is at 15.1%. The city’s rental rate is 58.6 percent, which points to the city’s higher appeal to millennials, as studies have shown that they tend to prefer renting over homeownership. Rental prices in Long Beach are also reasonable. According to data provided by Apartmentlist, median rents for 1-bedroom apartments are $1,350 and 2-bedroom apartments are $1,740.

The Mayor of Long Beach, Robert Garcia, set a goal of building 5,000 new residential units over the next 10 years, and the city is rapidly reaching that goal and to-date is surpassing this goal. More than 5,000 residential units have either been completed or have been approved for construction going forward. One of the projects eagerly anticipated is Shoreline Gateway – Phase II. The project derived its name and design from the merging of two historic Ranchos, the terminus of Shoreline Drive, and its position as the east gateway into Downtown Long Beach. The design was carefully crafted within the context of the site and curated with community objectives, fulfilling the vision and importance of this iconic intersection of Long Beach – offering the last unobstructed views of the Pacific Ocean in Downtown. At 35-stories, this is the tallest residential tower in the City and will offer unparalleled 360-degree views of Long Beach, Catalina Island, Orange County and Downtown Los Angeles.

The project brings in 315 residential units, and 6,500 available sq. ft. for retail. Shoreline Gateway – Phase II is the first LEED-ND (Neighborhood Design) project in the City of Long Beach. Offering all the qualities of a sustainable living environment, fresh air intake, low-VOC materials, recycled content and myriad elements to enhance the living experience.

Talent
Long Beach’s ability to attract talent regionally is a compelling confluence of several factors. Beyond its desirable oceanside location which affords employees and residents the beach lifestyle resonant of Southern California, the city is also an urban metropolis with a myriad of amenities. Additionally, all indicators seem to point to the City of Long Beach being a city with a strong economy, low unemployment and vacancy rates.

California is known to house technology giants: Apple, Google, Facebook and Snapchat, to name a few. With the new “Silicon Beach” just 25 miles to the North, Long Beach is positioned to be the nexus of this technology corridor. Beyond the appeal of living in the mild climate of Southern California, Long Beach is fortunate to have proximity to many highly-ranked education programs at all education levels. There are several centers of higher education that offer degrees in computer science and engineering in Southern California, some that are located within a 30-mile radius of Long Beach. Long Beach Unified also has 90 K-12 schools. At high schools such as Long Beach Polytechnic high school and the Sato Academy of Math and Science STEM courses are provided.

Three of the top 25 graduate computer science programs in the nations, according to US News & World Report, are also located within a 30-mile radius of the City of Long Beach (Cal Tech #11, UCLA 13, USC#20). Additionally, the City hosts its own California State University, which Niche.com ranked in 2019 the #8 Top Public Universities in California.

Sustainability
Sustainability has been a hallmark of the city’s urban development. Keeping up with the times and ahead of the trend, pedestrian activity in the Downtown neighborhood has been encouraged by the addition of diagonal “scramble” crosswalks and installing creative pedestrian improvements. Bike Long Beach has made Long Beach, without a doubt, one of the nation’s bike friendliest cities. In fact, in 2018 Bicycling magazine listed Long Beach at #27 among 285 cities analyzed as “Best Bike City” in the United States. In 2017, the City implemented a Bike Share program which now includes 400 bikes and 60 bike stations throughout the city.

Long Beach has launched several energy projects aimed towards promoting sustainability. The City’s Convention and Entertainment Center installed a 750-kWh solar panel array, one of the largest of its kind on a public facility in the West Coast, that generates over 1 million kWh hours of pollution-free electricity on an annual basis. Expanded use of solar powered products including: the installation of solar powered pay stations at three parking lots in the Downtown area, six solar trees installed at the Airport expected to create 15,000 kWh annually, and a pilot solar trash bin project. Long Beach has worked with Southern California Edison to retrofit 17,000 of its 23,000 streetlights to LED with the remainder to be completed by the end of the year. As a result, the City achieved more than 3 million kWh hours in municipal energy savings in 2017.

Green Port
The Port of Long Beach is committed to improving the environment, as demonstrated by its 20-year record of environmental protection programs. The Green Port Policy is an aggressive, comprehensive and coordinated approach to reduce the negative impacts of Port operations. The Green Port Policy, which the Board adopted in January 2005, serves as a guide for decision making and established a framework for environmentally friendly Port operations.The Port of Long Beach is the 2nd busiest U.S. port, processing over 6.1 million containers with $20 billion in national, sales, personal income and corporate income taxes. The port also supports 300,000 regional jobs and is the gateway for 40% of nation’s imports.

Now more than ever, Long Beach is ready to take its place as a leading City in the Country, as a leader in innovation, technology, and real estate development. The City’s combination of a vibrant downtown, business friendly environment, and access to global markets, makes Long Beach a compelling City to explore for new investment. The economic opportunities in Long Beach are indeed “LIMITLESS.”

Original article can be found on maplecouncil.org