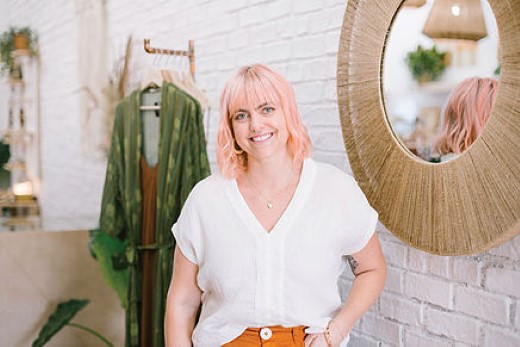 Local Women In Business Optimistic About The Future


Women in business are proliferating throughout the United States. The latest American Express OPEN State of Women-Owned Businesses report found that, as of 2017, women were starting businesses two-and-a-half times faster than the national average, and that there were 114% more women-owned businesses in the U.S. than there were two decades ago. By comparison, in the same time period the overall national growth rate for businesses was 44%.

In Long Beach, local women in business are strategizing for growth. Women business owners reported optimism for the year ahead, based on growth within their industries as well as increasing consumer spending.

Dayna Mance, owner of Prism Boutique in Belmont Heights, has been steadily growing her business since she opened its doors in 2013. We started out in a really small space off of Termino [Avenue]. It was 650 square feet,” Mance recalled. As spaces adjacent to her shop became available, she expanded into them.