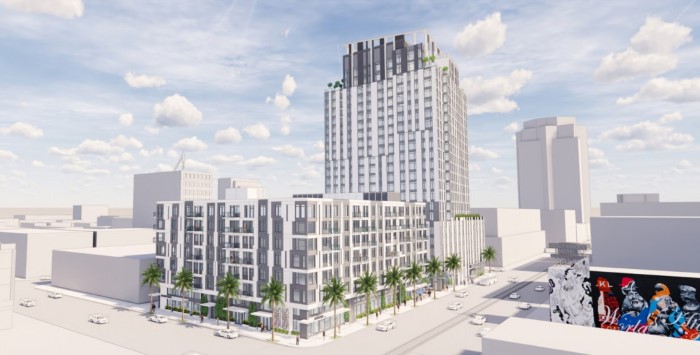 Another high-rise will soon make its mark on Long Beach’s skyline.

The Planning Commission approved 3rd+Pacific — a long-anticipated project that will merge six downtown lots to create an eight-story mid-rise and a 23-story tower — at its Thursday, Sept. 19 meeting.

The 1.22-acre mixed-use development, which will stretch along the east side of Pacific Avenue between Third and Fourth streets, will add a total of 345 housing units to the city’s stock.

The site is currently used as a municipal parking lot.

The construction will happen over two phases. The eight-story building on the project’s northern half will go up first, followed by the 23-story high-rise along Third Street.