Home » Economic Development » News » Long Beach, California, Has L.A. Vibes But A Charm All Its Own 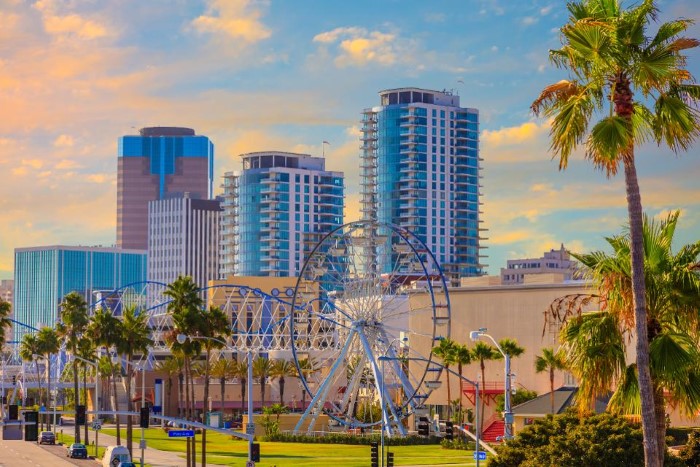 Long Beach, California, Has L.A. Vibes But A Charm All Its Own


Long Beach lives in the shadow of Los Angeles, literally and physically. The southernmost part of the metro L.A. area, Long Beach shares a border with California’s biggest city—but with Hollywood to the north and Disneyland to the east, it’s often overlooked in favor of more star-filled destinations. A visit to southern California that doesn’t include a stop in Long Beach, though, would miss out on a city filled with one-of-a-kind waterfront attractions, excellent food and public art all around—but without the crowds and sprawl of its more famous neighbor. Here’s how to spend a weekend in Long Beach.

Make A Splash At The Pike

The most famous part of Long Beach is the land around Rainbow Harbor, known to locals as The Pike, which is a waterfront area with an amusement park, shopping and restaurants. Shoreline Village is modeled on a Cape Cod fishing village, and has souvenir shops, outdoor dining and watercraft rentals.

Also on the waterfront is Aquarium of the Pacific, in Shoreline Aquatic Park, which brings together marine species from California, Mexico and the tropical regions of the Pacific Ocean.