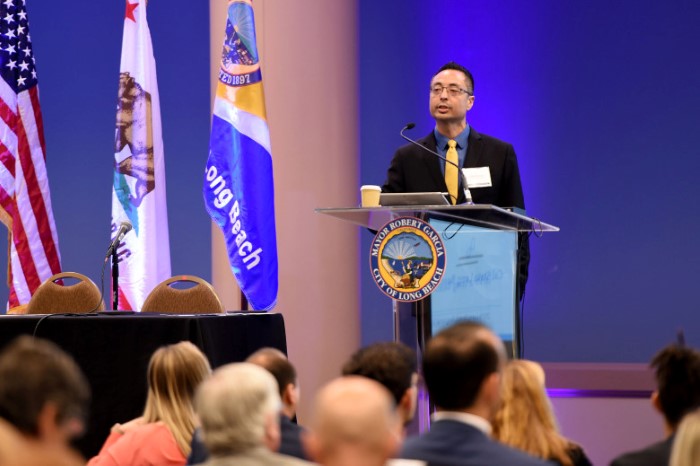 In many ways, Long Beach is at its economic peak — the city has a historically low unemployment rate; new investments are pouring in; and per-capita income levels are growing faster than the county or state at large.

But the city is not content to leave things as they are.

That’s because officials can do more to ensure the city’s economic growth gets shared more evenly among its residents, Mayor Robert Garcia and other local officials said Thursday morning, April 18, during the Long Beach Regional Economic Forum, at the Convention Center. Officials also joined Cal State Long Beach representatives in providing an update on how the city in general is developing.

“There is no question,” Garcia said, “that right now, Long Beach is experiencing some of the most amazing growth and development that we have seen in our modern history.”

But Garcia — who also announced new initiatives Thursday, including an upcoming tech accelerator the city will launch with CSULB — added that Long Beach still has more work to do.