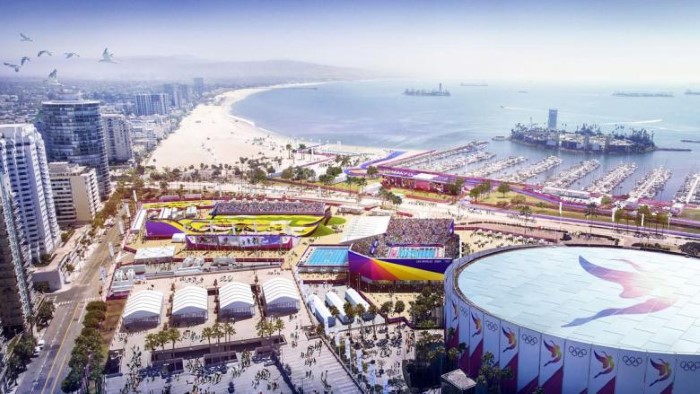 When the International Olympic Committee announced the 2028 Summer Olympics would be hosted in Los Angeles, it was well known Long Beach would play a key role. According to L.A.’s winning bid, the water polo, BMX, handball, sailing, triathlon and open-water swimming competitions were all slated to happen in L.A. County’s second-largest city.

But even more events are expected to come Long Beach’s way, Mayor Robert Garcia said during a Thursday event. Speaking to a full ballroom in the Long Beach Petroleum Club, Garcia said, “I actually believe we’re going to get more sports. We’re going to be announcing in the next — within the next year — a couple of additions to that.”

In the meantime, he said, Long Beach is focused on its “8 by 28” plan, in which the city hopes to complete key infrastructure improvements on eight facilities, including the Belmont Veterans Memorial Pier, the Belmont Beach and Aquatic Center, the Long Beach Arena, the Metro Blue Line and the Long Beach Airport.