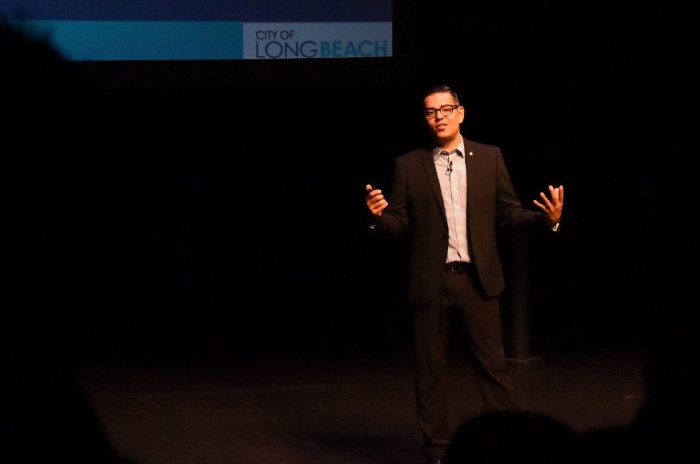 Not only is Long Beach’s skyline growing, but its plethora of new developments are also attracting top-tier businesses to the city.

That was the message Mayor Robert Garcia sent during his annual “Building a Better Long Beach” presentation on Tuesday, Sept. 24.

Along with updating community members on dozens of development projects that are in the works throughout the city, Garcia announced that SpinLaunch, an aerospace company working to launch satellites, will soon move into a 140,000-square-foot facility in Pacific Pointe East at Douglas Park.

That location — down the street from the 150,000-square-foot space where Virgin Orbit is doing similar work — will spur the two companies to “compete in a friendly way, to see who can get satellites into space faster,” Garcia said.

In the spirit of that friendly competition, Garcia also announced that Virgin Orbit is expanding its Long Beach footprint with a new a 43,000-square-foot assembly facility in Douglas Park.

Garcia expressed his gratitude to both companies for choosing Long Beach as a home base.