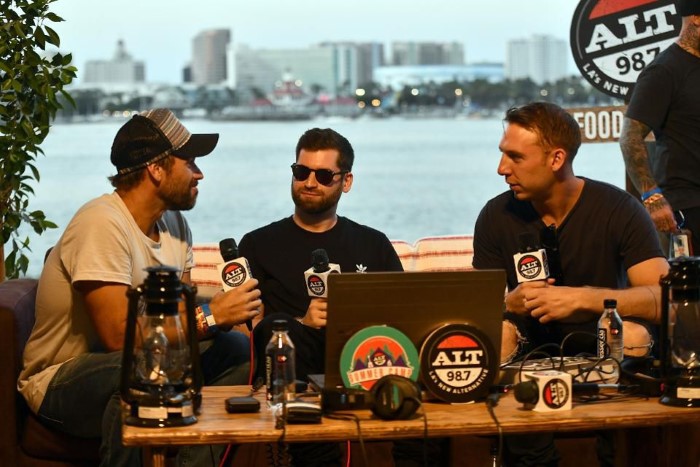 Music, The Ocean And History: How Queen Mary Became One Of California's Hottest Concert Venues

Long Beach, California's Queen Mary has had many lives since its inception in the 1930s. It served for 31 years as a luxury cruise liner before retiring in Long Beach in 1967. Since then it has been a world-famous tourist destination, a haunted house, home to weddings and proms, and more.
Now, in maybe its most unexpected role, the iconic ship has become the backdrop to one of the hottest concert venues in America. Thanks to a union between real estate and development company Urban Commons and Goldenvoice, the LA.-based promoter behind Coachella, Arroyo Seco, Desert Trip and more, the adjacent Queen Mary Events Park has hosted multiple festivals this year. Every event, which have featured world-renowned artists like Snoop Dogg, Miguel, Erykah Badu, Ice Cube, Nas, Ben Harper, Wiz Khalifa, 2 Chainz, Jhene Aiko, the Roots, Ashanti and many more, has sold out all 15,000 tickets instantly.