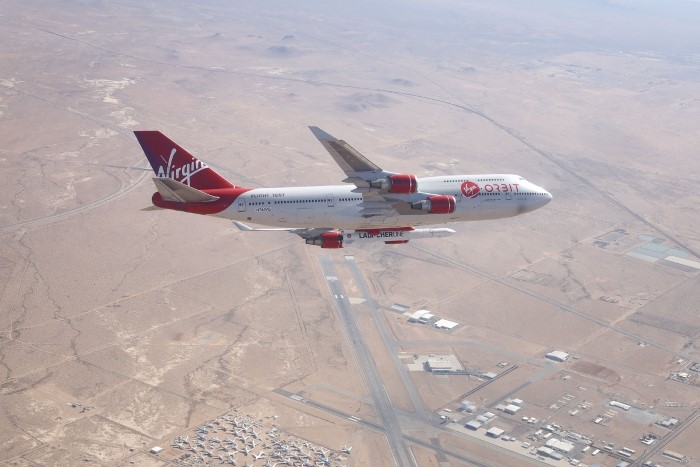 
It was one big step toward plans to reach orbit early next year with Long Beach-based Virgin Orbit’s “flawless” test flight of its rocket which soared under the wing of a customized former passenger aircraft over Southern California on Sunday.

The 70-foot-long carbon-fiber two-stage LauncherOne rocket was paired in late October with the specially modified 747-400 Cosmic Girl which serves as a “flying launch pad,” according to the company.

Virgin Orbit, which is the sister company to Virgin Galactic and The Spaceship Co. and founded by Sir Richard Branson, plans to launch small satellites into space.

The 80-minute-long test flight was completed in the city of Victorville, about two hours northeast of Long Beach. Company officials said the test facility there is close to Virgin Orbit’s Long Beach factory and to one of its operational launch sites, the Mojave Air and Space Port.