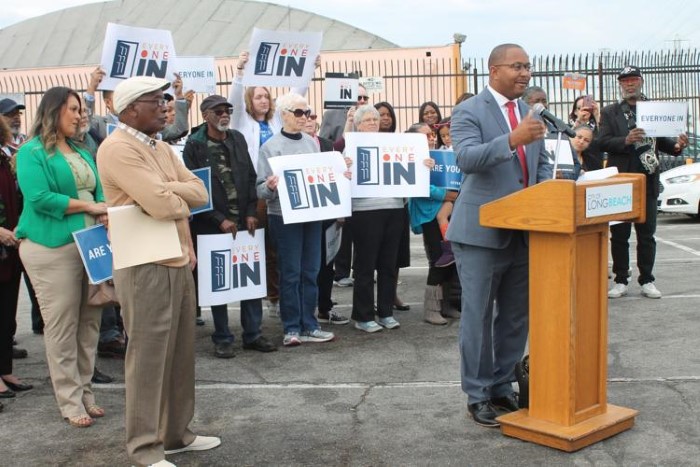 Wells Fargo Grant To Advance Long Beach Everyone In Movement

But it is big enough to fuel phase two of the Everyone In economic inclusion effort, Ninth District Councilman Rex Richardson said. Wells Fargo Bank made the grant through LA LISC (Local Initiatives Support Corporation), a nonprofit dedicated to helping communities help themselves.

Richardson launched to program in 2017 and, with the help of the city's Economic Development Department, conducted a series of conversations, listening sessions, and roundtables to come up with needs and approaches. A comprehensive data analysis led to an economic equity profile, which was released Tuesday.

Phase 1 culminated last May with an Everyone In Economic Equity Summit, also sponsored by Wells Fargo. Richardson said those efforts combine to create a roadmap forward.

"Long Beach has been changing dramatically," Richardson said. "In the 1980s, people of color were 30 percent of the population. In the 2010 census, 72 percent were people of color. Long Beach is booming, but that sector doesn't align economically… Everyone In is our first attempt at putting the population first."