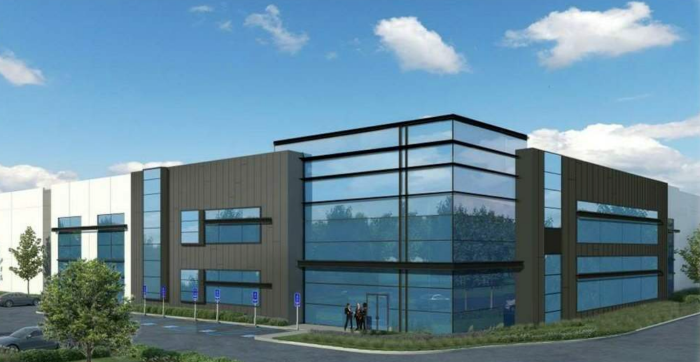 
By: Brian Addison in  Longbeachize


Construction of a massive, 415,592-square-foot warehouse is set to move forward at the southwest corner of Artesia and Paramount boulevards and will be named Bridge Point.

The $84 million project, designed by Herdman Architecture and led by Bridge Development Partners, will not only bring in 500 permanent jobs according to Councilmember Rex Richardson, but also decommission a site that was originally a petroleum refinery when it was activated in the 1930s. It has since served as an asphalt manufacturer.

According to the Richardson’s office, the project will include “high-end architectural design and finishes, such as concrete panels in varying hues of gray and reflective blue-glazed glass, and sustainable features such as a solar-ready roof and more than 100 parking stalls with electric vehicle (EV) chargers or EV-ready infrastructure,” of which contribute to what Richardson dubs North Long Beach’s “renaissance.”