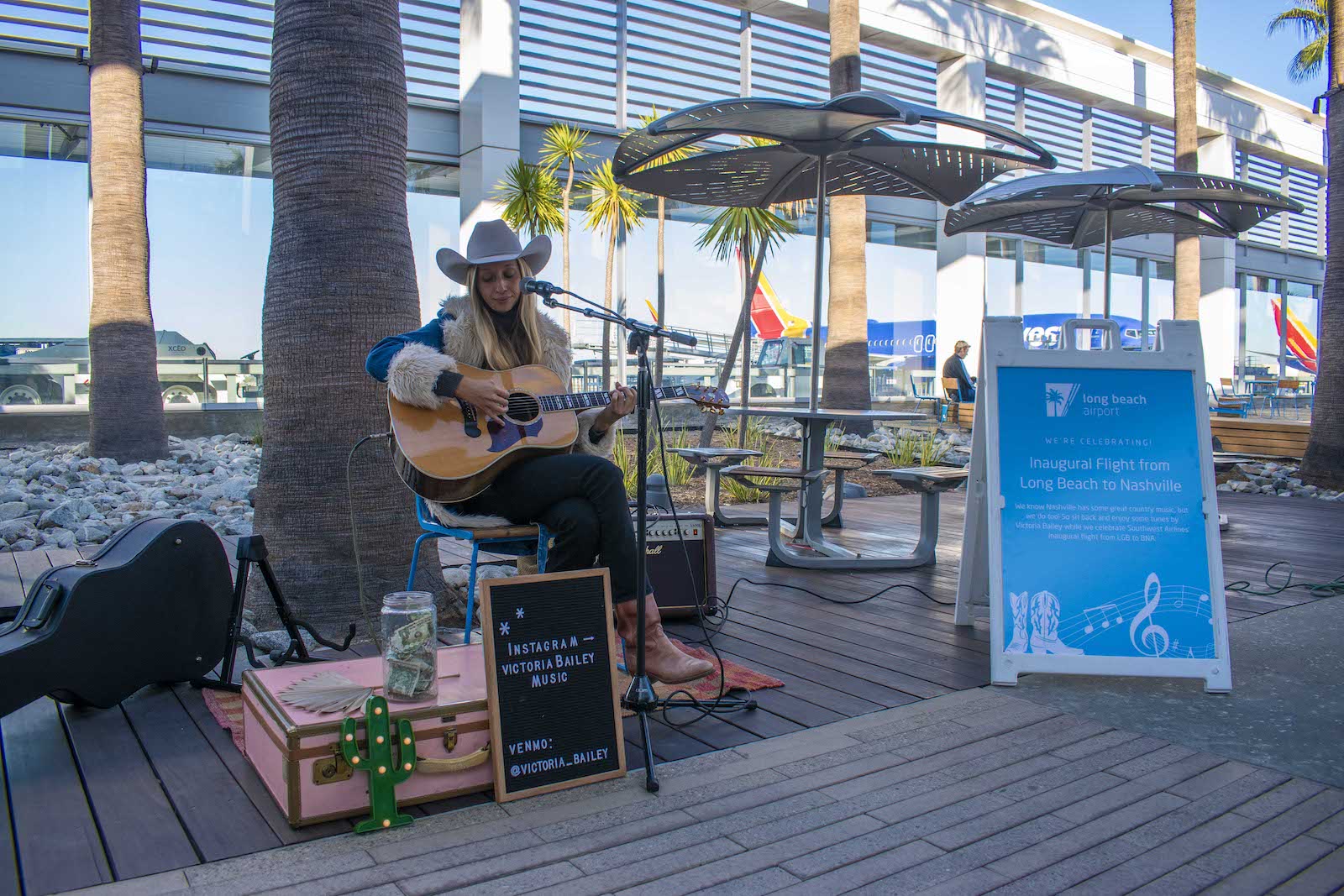 Southwest’s flights to Nashville—utilizing the airline’s Boeing 737 fleet—depart seven mornings per week. On weekdays, the aircraft leaves about 9 a.m. and then makes an approximate 45-minute stop at BNA to drop off passengers visiting Nashville and the surrounding area, before continuing to Ronald Reagan Washington National Airport (DCA) in Arlington, Virginia. According to the new schedule, weekday travelers can depart LGB and arrive at DCA in six and a half hours, without a plane transfer.

“We gave Southwest passengers on yesterday’s first nonstop flight from Long Beach to Nashville a big sendoff in celebration of this convenient new route between two great destinations,” said Airport Director Cynthia Guidry. “Beyond Nashville, this new service adds flexibility and options for travelers to connect to the East Coast and Southwest’s broader network.”

Southwest Airlines first began service at LGB in 2016 and has continued to increase its presence at the Airport since then. Of the 53 daily flight slots available at Long Beach’s noise-controlled airport, Southwest currently holds a majority, with a total of 38.

Including Nashville, the Dallas-based airline flies nonstop to 15 U.S. cities from LGB.

“We’re grateful to the City of Long Beach for additional access at the airport that will bring travelers much more than just nonstop travel to and from Nashville,” said Adam Decaire, Vice President of Network Planning, when Southwest Airlines first announced service in June. “Nashville service also brings dozens of cities in the East within faster reach, and the fastest trip between Long Beach and the heart of the nation’s capital region, with through-service to Reagan National Airport.”

Long Beach Airport currently offers nonstop service to 17 destinations across the nation, including Hawaii. LGB was also recently named among the Top Ten in the airports in the country by Condé Nast Traveler magazine.