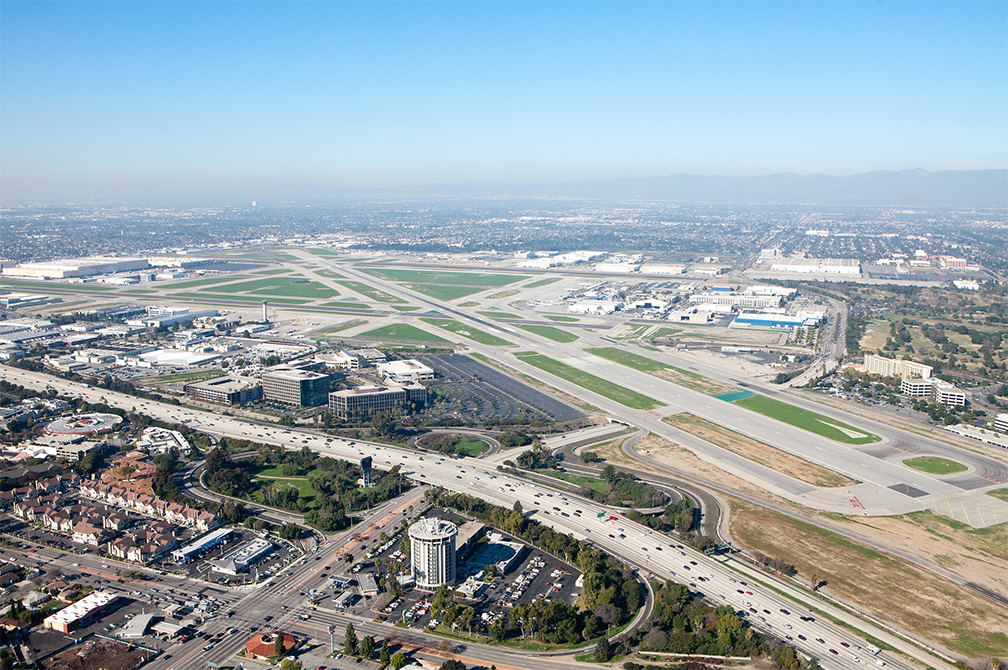 Long Beach, CA – Long Beach Airport (LGB) will enter the Airport Carbon Accreditation (ACA) program and pledges to reduce its greenhouse gas emissions on a per passenger basis by 20% in 2025 and 40% in 2030. Administered by Airports Council International (ACI), the ACA program helps airports identify, manage and reduce their carbon emissions.

“This is a huge milestone in our efforts to make Long Beach Airport a sustainability leader among airports,” said Mayor Robert Garcia. “Entering this program is another huge step towards ultimately achieving our goal of carbon neutrality.”

In preparation for ACA certification, last year LGB began inventorying its Scope 1 and Scope 2 greenhouse gas emissions from 2016 to 2019. The emissions reduction targets are based on the 2016 baseline year. Scope 1 emissions are airport-owned or controlled sources, such as airport vehicles, on-site waste management and power generation. Scope 2 emissions are indirect emissions from the consumption of purchased energy, such as electricity and heat. An independent third-party verifier is in the process of auditing the ACA application and then it will be submitted to the ACA program for certification.

“By entering the Airport Carbon Accreditation program, Long Beach makes another significant step towards a cleaner and healthier environment for our community,” said Councilwoman Stacy Mungo Flanigan. “The targets for emissions reductions are aggressive and represent our City’s commitment to a more sustainable future.”

LGB aims to achieve Level 2 certification from ACI before the end of this year. The Level 2 certification requires airports to develop and continually update their Scope 1 and 2 greenhouse gas emissions inventory, implement a carbon management plan and reduce its carbon footprint each year. Ultimately, LGB plans to achieve Level 3+, or carbon neutrality for all airport emissions. The highest level, Level 4+, is reserved for airports that achieve net zero carbon emissions, which requires reducing emissions from sources not controlled by the airport, such as passenger travel to and from the airport and business partners like airlines, rental car companies and other airport businesses.

“Our application to the ACA program reflects our commitment to minimizing our impact on surrounding communities through methods that are socially responsible, rooted in science and economically sound,” said Long Beach Airport Director Cynthia Guidry.

LGB has made a number of strides in its sustainability program over the past two years, including embarking on a voluntary emissions reduction program with the South Coast Air Quality Management District, fully electrifying all 11 commercial gates for ground service equipment and collaborating with Aeroplex/Aerolease on the largest solar energy project to date on the Airport campus.

In 2018, the City Council unanimously approved an item, sponsored by Mayor Robert Garcia and Councilwoman Stacy Mungo, that requested that the City develop a plan to lead the nation on sustainability for airports and to work with airlines and other partners to become an incubator of clean tech in aviation, with the goal of becoming a carbon-neutral facility.

About Long Beach Airport
Founded in 1923, Long Beach Airport (LGB) is the oldest airport in California. Among its many awards, LGB was named a Top 10 airport in the 2020 USA Today 10Best Readers' Choice travel award contest for Best Small Airport. LGB offers non-stop service to 16 U.S. cities while supporting a healthy general aviation community with more than 300,000 annual operations. The airport is also a source of substantial economic activity and employment, with the LGB Aviation Complex generating $8.6 billion in economic impact and supporting 46,000 jobs. LGB is a self-supporting enterprise of the City of Long Beach and does not receive local tax dollars. The Airport prides itself in preserving its esteemed historic legacy and maintaining a safe, sustainable, and environmentally responsible operation. Follow us on Facebook, Instagram and Twitter @LGBAirport.