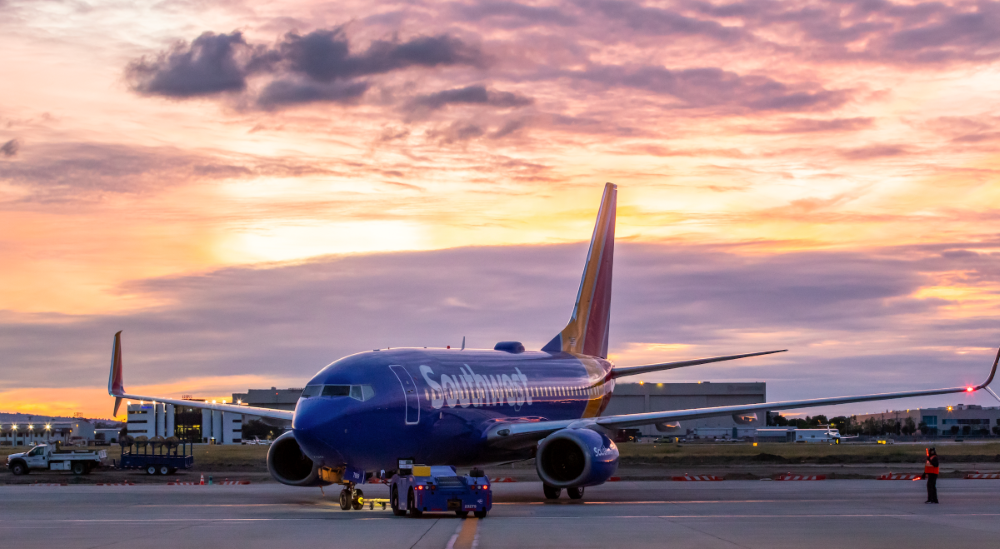 Southwest’s flights to Nashville—utilizing the airline’s Boeing 737 fleet—will depart seven mornings per week. On weekdays, the aircraft will depart around 9 a.m. and then make an approximately 45-minute stop at BNA to drop off passengers visiting Nashville and the surrounding area, and thenwillcontinuing on to Ronald Reagan Washington National Airport (DCA) in Arlington, Virginia. According to the new schedule, weekday travelers can depart LGB and arrive at DCA in six and a half hours.

“We welcome this exciting new addition to Southwest’s nonstop destinations from Long Beach Airport,” said Airport Director Cynthia Guidry. “Beyond Nashville, this new service adds flexibility and options for travelers to connect to the East Coast and Southwest’s broader network.”

Southwest Airlines first began service from LGB in 2016 and has continued to increase its presence at the Airport since then. Of the 53 daily flight slots available at Long Beach’s noise-controlled airport, Southwest currently holds a majority, with a total of 38.

Including Nashville, the Dallas-based airline will now fly nonstop to 15 U.S. cities from LGB.

“We’re grateful to the City of Long Beach for additional access at the airport that will bring travelers much more than just nonstop travel to and from Nashville,” said Adam Decaire, Vice President of Network Planning, Southwest Airlines. “Nashville service also brings dozens of cities in the East within faster reach, and the fastest trip between Long Beach and the heart of the nation’s capital region, with through-service to Reagan National Airport.”

Long Beach Airport will now offer nonstop service to 16 destinations across the nation, including Hawaii.

About the City of Long Beach  Home to approximately 480,000 people, the multiple award-winning and innovative City of Long Beach offers all the world-class amenities of a large metropolitan city while maintaining a strong sense of individual and diverse neighborhoods nestled together along the California coast. As a full-service charter city, Long Beach is home to the Queen Mary, Aquarium of the Pacific, several museums and theaters, a highly rated school district, Long Beach Airport and the Port of Long Beach. The City also has a highly respected university and city college, two historic ranchos, five hospitals, five golf courses, 171 parks, miles of beaches, marinas and bike paths.

About Long Beach Airport  Founded in 1923, Long Beach Airport (LGB) is the oldest airport in California. Among its many awards, LGB was named a Top 10 airport in the 2020 USA Today 10Best Readers' Choice travel award contest for Best Small Airport. LGB offers non-stop service to several U.S. cities while supporting a healthy general aviation community with more than 300,000 annual operations. The airport is also a source of substantial economic activity and employment, with the LGB Aviation Complex generating $8.6 billion in economic impact and supporting 46,000 jobs. LGB is a self-supporting enterprise of the City of Long Beach and does not receive local tax dollars. The Airport prides itself in preserving its esteemed historic legacy and maintaining a safe, sustainable, and environmentally responsible operation. Follow us on Facebook, Instagram and Twitter @LGBAirport.