Face masks covering nose and mouth are recommended for all patrons when in library buildings. 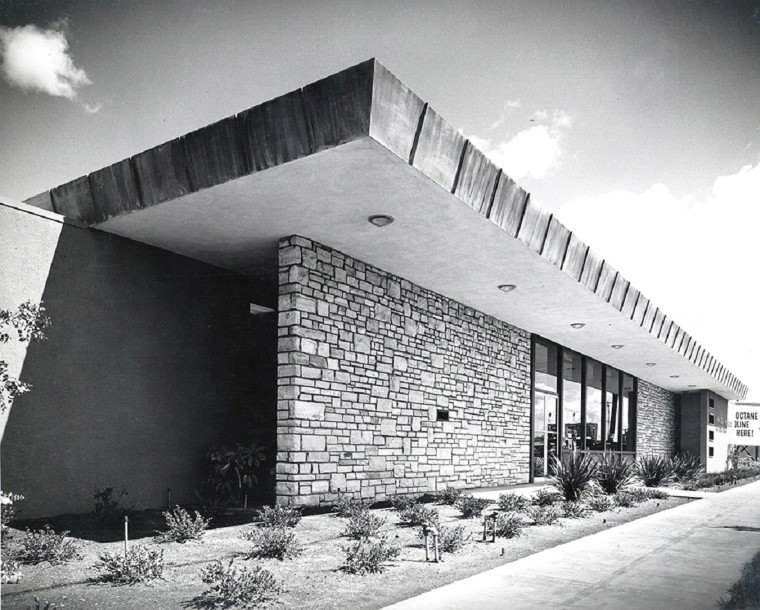 To meet Long Beach’s ever-increasing demand for library service during the first half of the 20th century, the Long Beach Public Library began opening small library “stations” in neighborhoods throughout the growing city.  Though intended to be temporary stopgap measures, a number of these library stations, or “sub-branches,” grew in size and function in their neighborhoods and ultimately became full-fledged LBPL branches.

Such was the case with the Bret Harte Branch on Long Beach’s westside.  Originally opened as the West Willow Station on January 3, 1934, at 1332 W. Willow St., the station was housed in a small one-room rented storeroom and had no card catalog or telephone.  Though it was open only one half-day a week—Wednesday afternoons—demand for books was high enough that the location circulated around 10,000 items the first year.

As the station grew in popularity, staff and hours were added and, in 1939, the West Willow Station moved next door to 1334 Willow.  By 1941, the location had its own book budget, a card catalog, and a phone.  A typewriter and an electric clock were added “to dignify the surroundings,” according to an internal document.

It also had a new name:  the Bret Harte Branch. 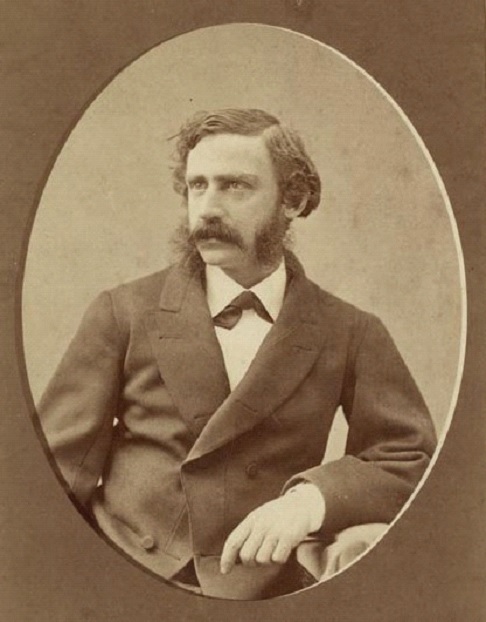 Bret Harte, a 19th-century writer known for his California Gold Rush stories, didn’t have any direct ties to Long Beach, but his legend fit well with LBPL’s then-current trend of naming locations after authors known for their writing about California.  After Bret Harte in 1941, LBPL locations named for Mark Twain and Richard Henry Dana, Jr., would follow in 1942.

But even with the branch’s improvements and its new name, still more space, more hours, and more staff were needed to meet demand.  So, in February 1946, the Bret Harte Branch moved yet again, this time to 1408 W. Willow.  Here, in a rented storefront, the library stayed for eleven years, until it, too, outgrew its size. 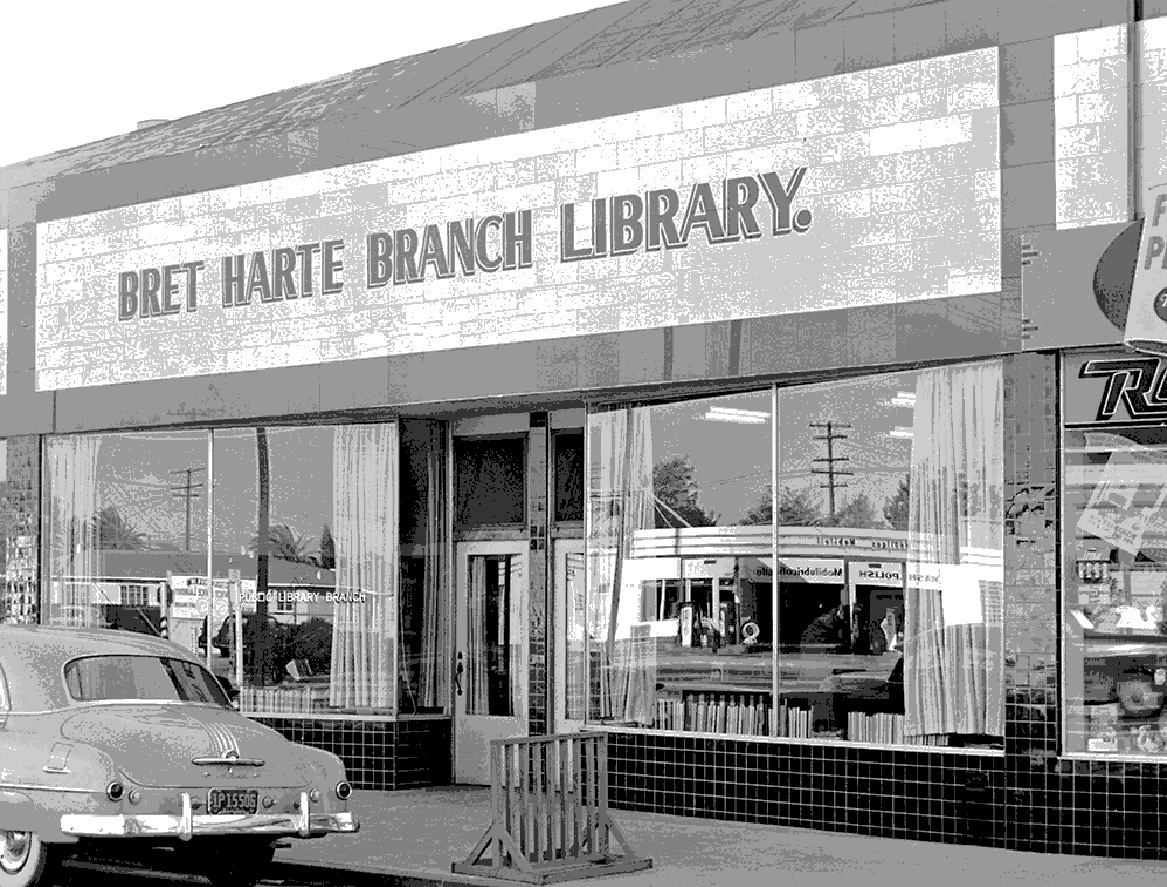 The fact was, library locations all over Long Beach were too few, too small, and too outdated to provide the public with the quality of library service they were consistently asking for.  In 1956, voters approved a $659,000 bond issue to fund the much-needed replacement of four branches, including Bret Harte, Bay Shore, Dana, and Lakewood (soon to be known as Ruth Bach). 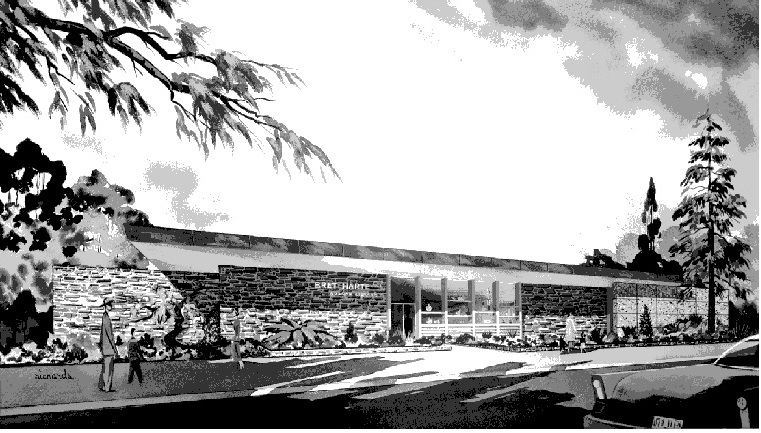 On August 9, 1957, at long last, Bret Harte’s handsome new permanent building was officially dedicated.  Among the modern attractions of the building were: a book return slot, separate adult and children’s patios, an auditorium, a projection booth, double glass along the front to soften outside noise, and cork floors and acoustical tile and plaster to soften inside noise.  An architecture writer for the Library Journal observed, “Fresh bright colors, browns, and yellows with persimmon accents, were used to create aliveness and visual refreshment for book weary eyes and a hardworking staff.” 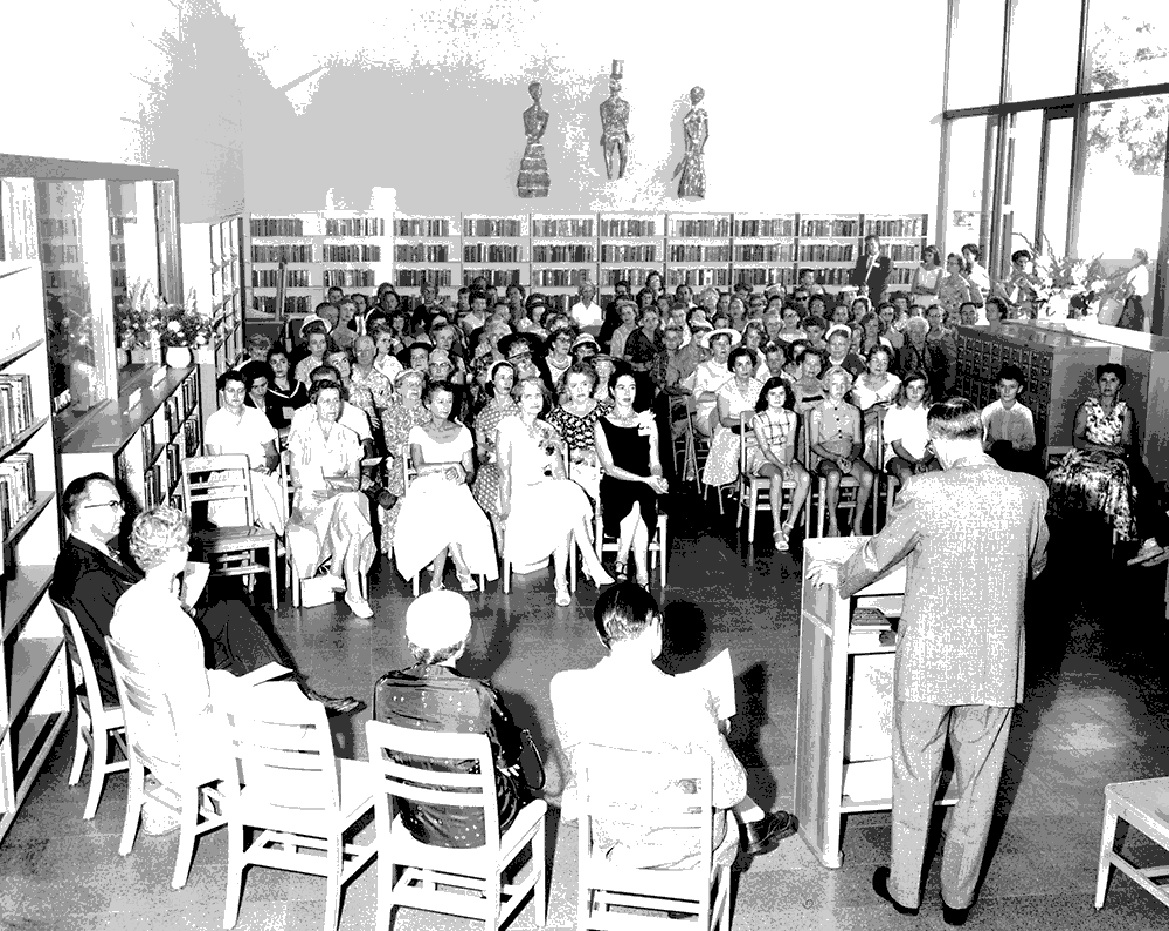 The dedication of the new Bret Harte Branch on August 9, 1957.

A Cal State Long Beach graduate student volunteered his talents to create eight original metal sculptures, depicting characters from Bret Harte stories, that were displayed on the walls and on the patios.  Taro Yashima, the noted artist and children’s book author, loaned ten of his paintings to be displayed for the library’s first month of operation. 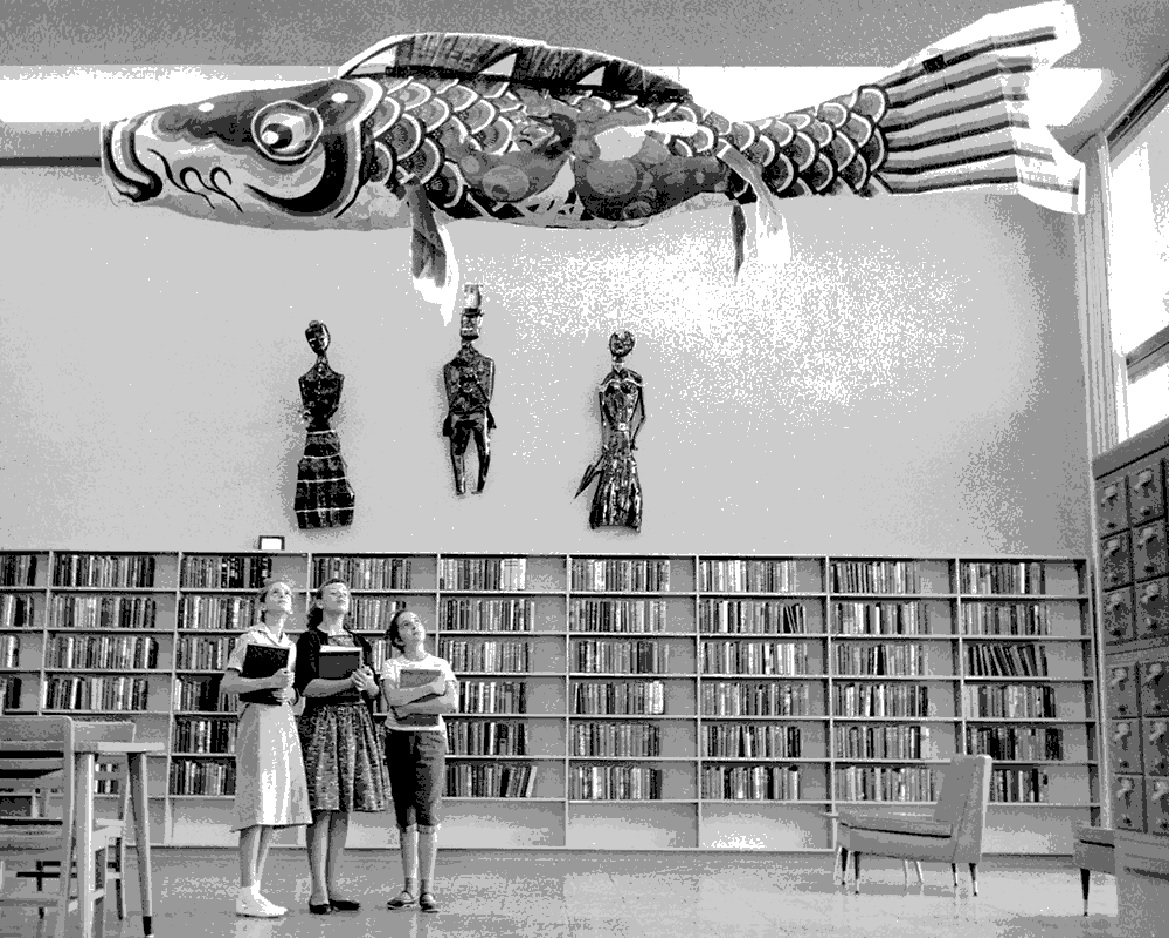 Three youthful patrons stand under a 15-foot paper carp, a gift to the library from the mayor of Utsunomiya, Japan, in 1963.

During its first years, the new Bret Harte Branch library hosted a number of Japanese-themed festivals, programs, and events, reflecting the neighborhood’s large Japanese-American community in the 1950s and 1960s.

Today the Bret Harte branch boasts a collection of over 35,000 items housed in that same 1957 building and welcomes more than 50,000 visitors each year.

The Bret Harte Branch Library reopened for full service on June 29, 2021 after a 14-month closure due to the COVID-19 pandemic. Come check it out! On your visit you can also pick up a take and make paper bag puppet craft  inspired by the Bret Harte poem, Grizzly. Download the latest branch coloring page for some instant fun.