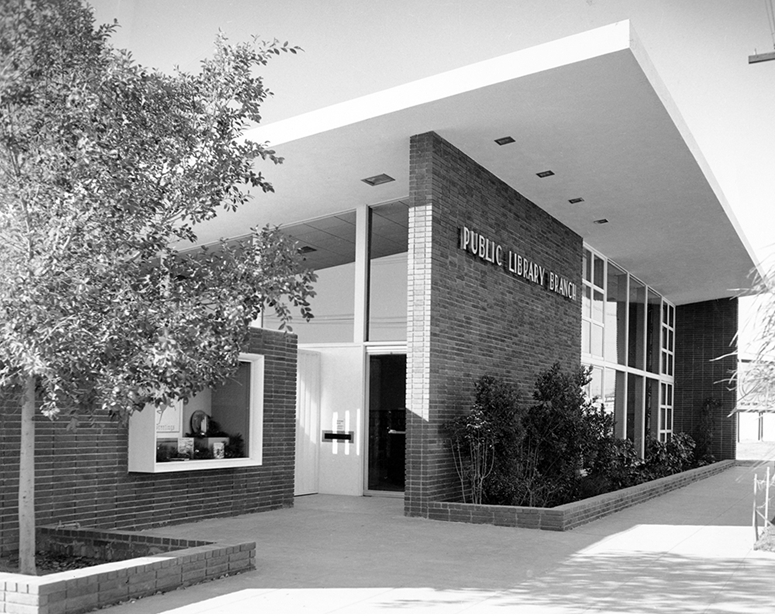 While you read the next LBPL Anniversary installment, your little one(s) can color their own Brewitt Library or take the Brewitt Trivia challenge, if you're up for it.

The city of Long Beach grew at an astounding pace at the beginning of the 20th century, with the population ballooning nearly 2400% between the years 1900 and 1920. To meet the ever-increasing demand for library service for the ever-expanding population, the Long Beach Public Library began creating small sub-branches and stations, sometimes within existing stores and schools, sometimes in stand-alone rental properties.

One such branch opened in April 1917 at 3536 E. Anaheim St. in the increasingly residential neighborhood of Zaferia, an area which was not yet officially part of Long Beach. “Zaferia,” or sometimes “Zafaria”—no one knows the origin or how to spell or pronounce either one—took its name from the sign posted at the Pacific Electric Red Car stop at Anaheim St. and Obispo Ave. when the rail stop was established in 1904.

The Zaferia branch was a success from the get-go, and the branch was forced to move to steadily larger rented locations in the area due to doubling and tripling patron use and circulation.

In 1920, the neighborhood was annexed by Long Beach and became known as East Long Beach. The library branch continued to be referred to interchangeably as the Zaferia or the East Long Beach branch for some time.

On July 29, 1924, the first East Long Beach branch building owned and built by the city was opened at 1201 Freeman Ave. The Press-Telegram called the new building, “as fine an example of Spanish architecture in public buildings as exists in Long Beach.” With expanded hours—open every day until 9 pm, closed on Sundays—and larger collection, circulation for the branch doubled in a year.

The branch thrived at that location for close to a decade, but was destroyed by the 1933 Long Beach earthquake. As the city scrambled to restore service to the community, a new library was opened in rented space at 3125 E. Anaheim St. 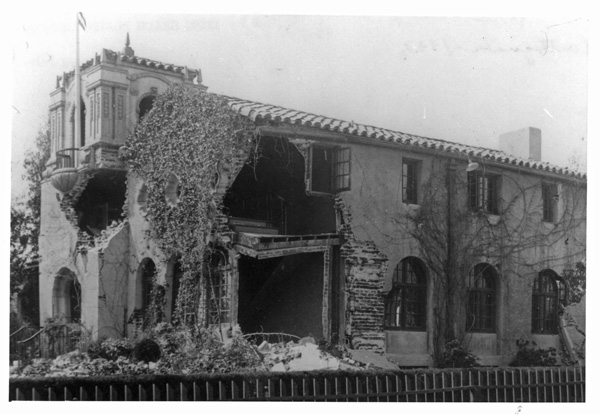 An earlier location of the East Long Beach Branch was destroyed in the 1933 earthquake.

The East Long Beach library opened at 4036 E. Anaheim St on August 30, 1948, to rave reviews and public excitement. At a cost of $70,000, the modern-looking brick-and-glass library boasted bleached mahogany furniture, flush ceiling lights, and shelf space for 25,000 volumes. The Independent called it “the first completely functional modern library in the city.”

The Independent continued: “Facing Anaheim street in the midst of a business district, the building is designed with an all-glass front, in keeping with the retail character of the area. Its external appearance is that of a large exclusive shop.”

In addition to the modern look of the branch, library staff was proud to continue the tradition of the library’s earlier iterations in providing the friendly service of a small neighborhood branch, a tradition which continues to this day. 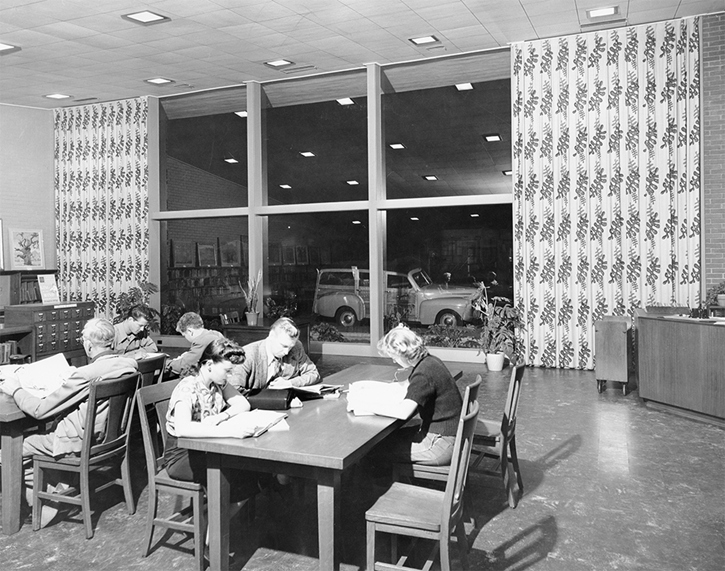 At a ceremony on April 1, 1955, the East Long Beach Branch was renamed the Theodora R. Brewitt Branch in honor of the former City Librarian who had retired in 1950. In her nearly 30 years as City Librarian, Brewitt had led the library system through a period of intense growth and gained LBPL national recognition.

As the Press-Telegram noted at Brewitt’s retirement in 1950, “When Theodora Brewitt retired from Long Beach Public Library she left an enviable record of achievement in the annals of California librarianship. Much of this state’s development in education for librarianship, increased attention to public administration as applied to libraries, and realization of the public library as an integral and important part of community government and community life are due to her leadership and energy.”