Doing Business in the Parks and Beaches 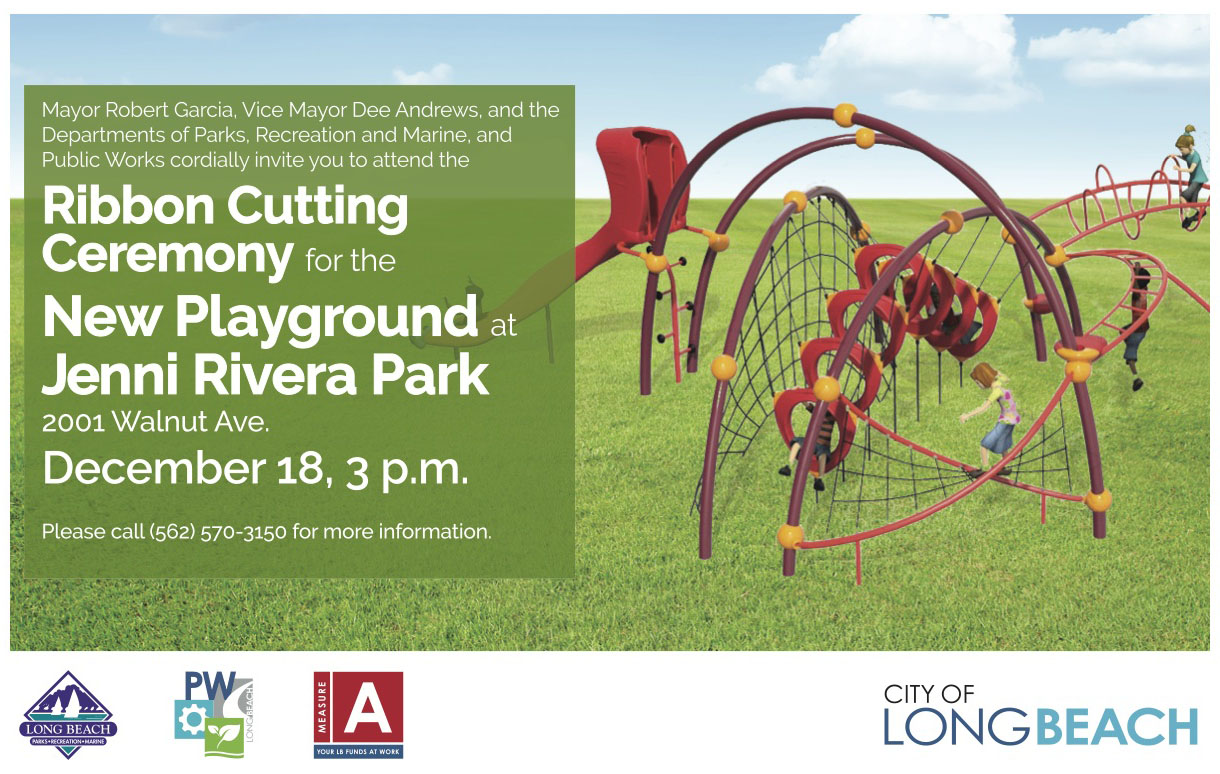 
The new playground at Jenni Rivera Park (2001 Walnut Ave.) will open on Wednesday, December 18th, with a ribbon-cutting ceremony at 3 p.m. The park is named for the Latin Grammy-nominated singer, songwriter, actor, television producer and entrepreneur, who died in a plane crash in 2012, when she was 43 years old. Rivera was born and raised in Long Beach.

“We are incredibly excited to open this playground, named after Long Beach legend Jenni Rivera,” said Mayor Robert Garcia. “It will be a great new place for families in Central Long Beach to gather.”

The new playground, designed for children from five to 12 years old, includes a slide and many climbing structures. The playground equipment is designed to build motor skills, cognitive skills and social-emotional skills through sensory play. The base is made from rubberized surfacing. The playground is adjacent to the park’s bike and pedestrian paths, which is used by neighborhood families taking their children to and from school.

“This new playground is a very welcome addition to the neighborhood,” said Vice Mayor Dee Andrews, who represents the area. “Local youth now have a great new place to safely play.”

The grand opening celebration will include remarks from the Mayor and Vice Mayor as well as staff from the Departments of Parks, Recreation and Marine, and Public Works. Rivera’s sister, Rosie Rivera, is also scheduled to speak. The ribbon cutting will cap off the ceremony.

The cost of the new playground is approximately $260,000, with $250,000 of the funding allocated from Measure A and a $10,000 contribution by Vice Mayor Dee Andrews and the Sixth District Council Office utilizing one-time infrastructure funds.

We Want to Hear From You