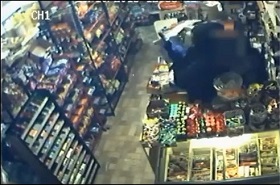 Last night, May 26, 2015, the Los Angeles County Board of Supervisors, at the recommendation of Supervisor Don Knabe, re-issued a $10,000 reward for information leading to the arrest and conviction of the person(s) responsible for the death of 54-year-old Felix Avelar Duran of Long Beach, a mini-market owner who was shot during a robbery in March of 2014.

On May 19, 2015, Long Beach Police were notified by the Los Angeles County Coroner’s Office that victim Duran had succumbed to injuries caused by the shooting. He had remained hospitalized and on life support since the incident.

On Monday, March 24, 2014, at approximately 7:50 p.m., Long Beach Police were dispatched to the area of 7th Street and Cerritos Avenue regarding an unknown trouble call, possibly involving an assault with a deadly weapon. Arriving officers determined a robbery to a liquor store in the 1100 block of E. 7th Street occurred, and the store owner who was 53-years-old at the time, sustained a gunshot wound to the upper torso.

Long Beach Fire Department paramedics transported Victim Duran to a local hospital where he was listed in critical condition.

Due to the extent of his injuries, Homicide detectives responded to the scene. Officers worked diligently throughout the night to collect evidence, review witness statements, and seek out any video surveillance that may have captured useful information.

In May of 2014, a reward was established by the L.A. County Board of Supervisors, and investigators released surveillance video footage depicting the suspect entering the store, shooting the victim, and taking the cash register before fleeing on foot. The suspect was described as a male Black, late teens or early 20’s with an average build, and wearing a black hoodie-style sweatshirt with the word “Cali” across the front chest area.

Investigators are still hopeful the reward may prompt someone with information to come forward.  Anyone with information regarding the suspect’s identity or whereabouts is urged to contact L.B.P.D. Homicide Detectives Scott Lasch and Donald Goodman at (562) 570-7244. Anonymous tips may be submitted by calling 1-800-222-TIPS (8477), texting TIPLA plus your tip to CRIMES (274637), or visiting www.lacrimestoppers.org.