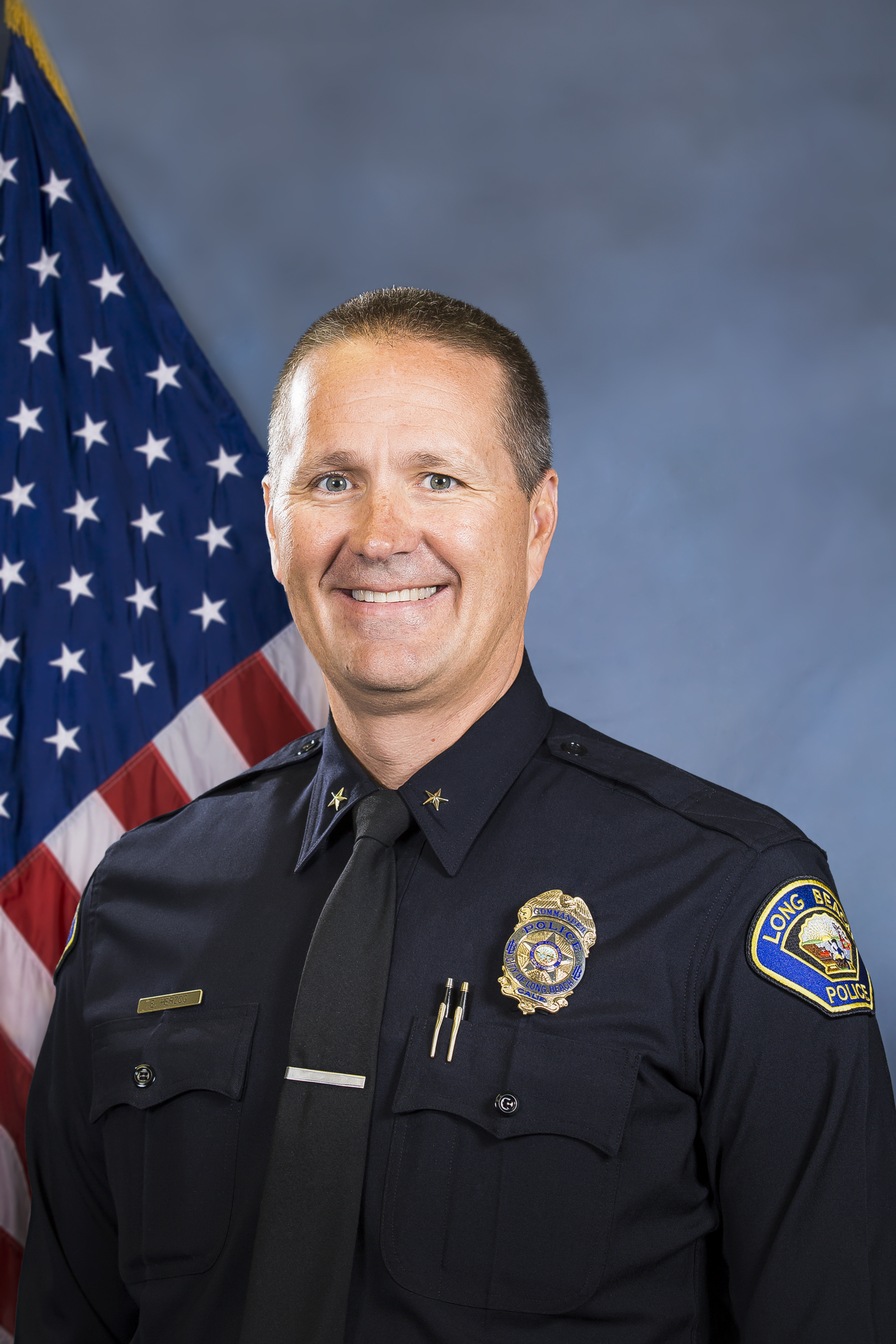 “Erik’s vision and values combined with his excellent leadership skills will make him a valuable member of our executive management team,” said Police Chief Luna.

Deputy Chief Herzog, a 29-year veteran of the L.B.P.D., began his career as a police officer in 1990. He has worked in all four patrol divisions, served as a field training officer, and was later assigned as a detective with the Gang Enforcement Section. He promoted to the rank of sergeant in 1997, lieutenant in 2016, and commander in 2017.

He has served in various roles throughout his career including criminal intelligence, homicide, FBI Joint Terrorism Taskforce, and the Office of the Chief of Police as a sergeant. As a lieutenant, he served as a watch commander and oversaw the special enforcement section, which included S.W.A.T., and the K-9 and air support details.

“I’m excited and humbled to assume this new role,” said Deputy Chief Herzog. “With my experience with investigations, I look forward to leading and showcasing the many outstanding employees who support an integral part of our Department. I am also eager to continue the great work they have done building community partnerships throughout our community.”

Deputy Chief Herzog holds a Bachelor of Science degree in Vocational Education from California State University, Long Beach, and an Associate of Arts Degree in Administration of Justice from Golden West College. He is also a graduate of the Public Safety Leadership Program: Safe Communities Initiatives from the USC Sol Price School of Public Policy, the Sherman Block Supervisory Leadership Institute, and a graduate of Leadership Long Beach’s Executive Course.