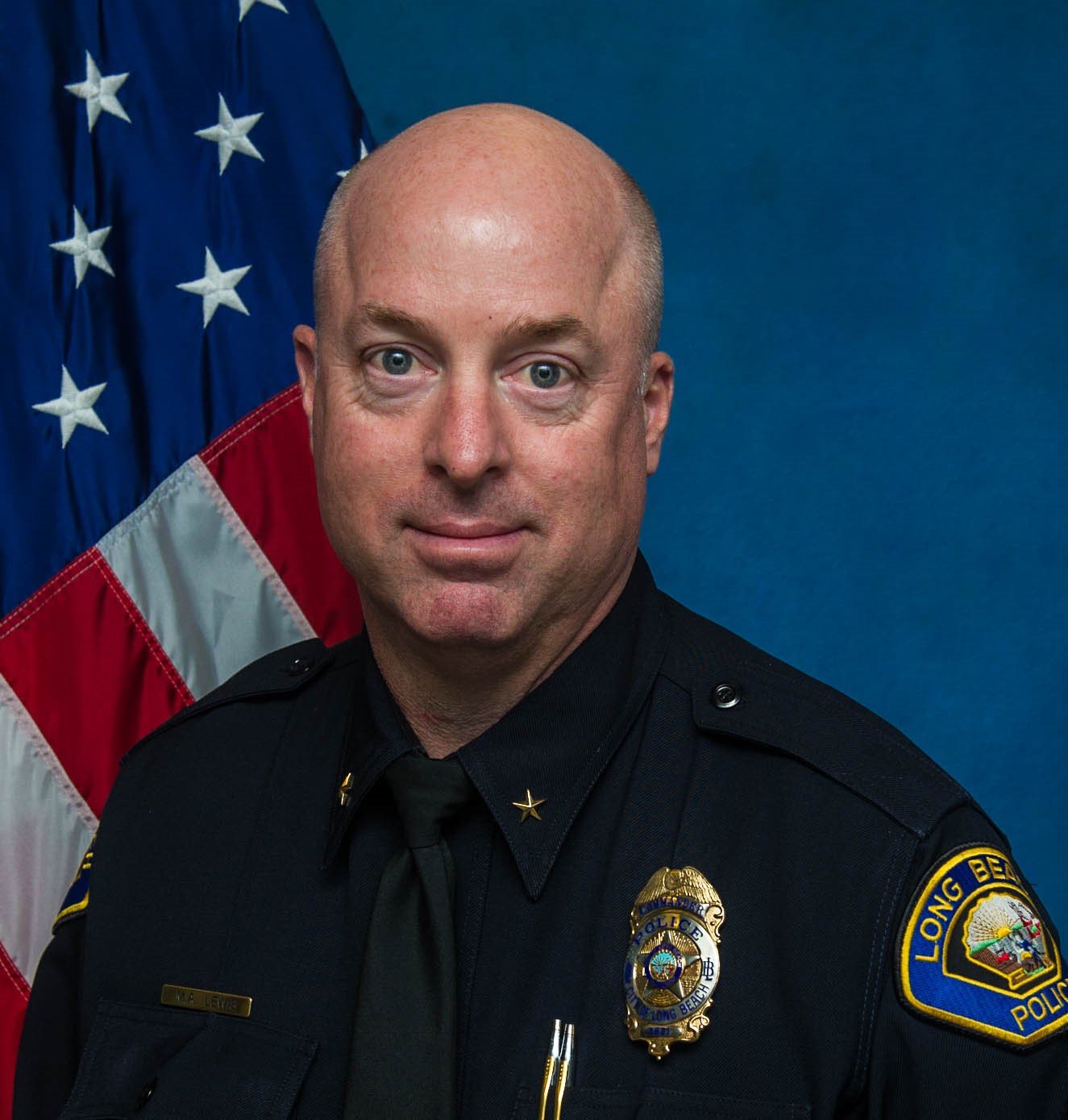 “Mike’s dedication and strong leadership skills make him an outstanding addition to the department’s executive management team,” said Police Chief Luna. “His previous assignments combined with his ongoing community engagement and outreach efforts, promote our Department’s core values and he will continue to make a positive impact at all levels within our Department.”

Deputy Chief Lewis served in the U.S. Air Force before beginning his career with the City of Long Beach as a Recreation Leader Lifeguard in 1988. He became a police officer 26-years ago and has worked in all four Patrol Divisions. He promoted to the rank of sergeant in 2003, lieutenant in 2007, and commander in 2016. Most recently, he was responsible for overseeing the Department’s South Patrol Division and was instrumental in the restoration of the division by reestablishing divisional patrol operations in the downtown area.

Deputy Chief Lewis has an extensive and diverse work history, which includes serving as a motor patrol officer and sergeant, and was assigned to the Investigations and Support Bureaus as a sergeant. As a lieutenant, he was assigned to Homeland Security, the Port Police Unit, the North and West Patrol Divisions.

“I am truly honored to have been selected to serve as Deputy Chief,” said Deputy Chief Lewis. “I look forward to leading the Patrol Bureau and working with our many outstanding employees with a community engagement focus. I am also eager to carry on strengthening our partnerships with other City Departments and community members as we continue to build on our current successes.”