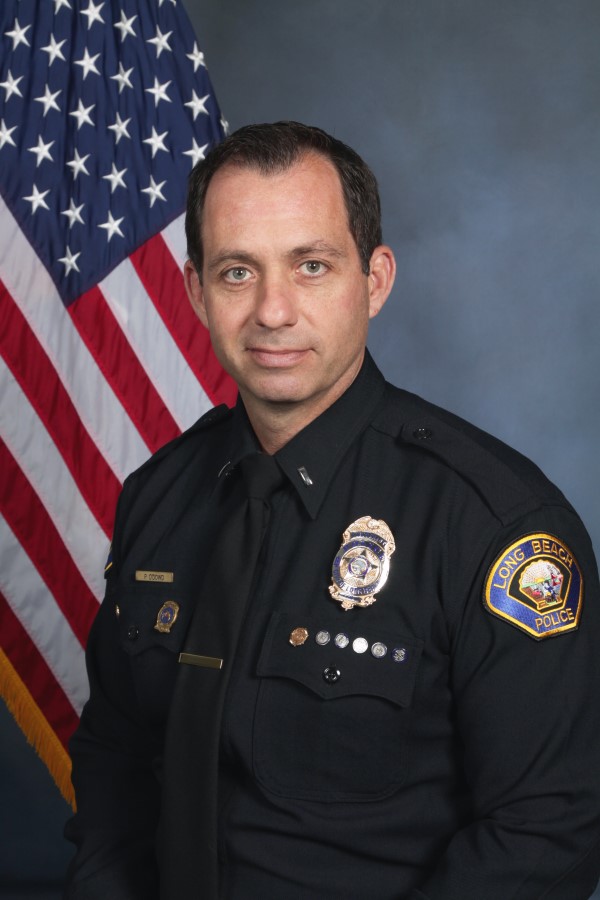 Long Beach Police Chief Robert Luna has selected Lieutenant Patrick O’Dowd, a 25-year veteran of the Police Department, for promotion to the rank of Commander.

Lieutenant O’Dowd began his career with the Police Department in January 1993 as a Clerk Typist in the Records Division.  He was promoted to Records Supervisor where he worked until being hired as a Police Recruit in 1995. He promoted to Sergeant in January 2011 and to Lieutenant in September 2015.

Lieutenant O’Dowd has worked a variety of assignments throughout his career, including Patrol, Special Enforcement Section, Gang Detail, Financial Crimes, Homicide and Internal Affairs.  His most recent assignment has been as the Administrative Lieutenant in the Patrol Bureau.

Lieutenant O’Dowd holds both a Bachelor of Science and Master of Science Degrees in Business Administration and Finance from California State University, Long Beach.  Lt. O’Dowd will be assigned as the Commander of the East Division.

Additionally, Chief Luna has announced command staff assignment changes that will become effective on Saturday, August 4, 2018. Commanders typically rotate every few years to provide them with increased opportunities for career development and community engagement.  The new commander assignments are as follows: