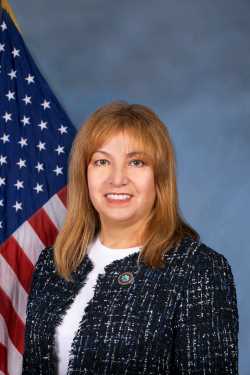 “Since joining the Long Beach Police Department, Administrator Marin-Jordan has led our Department’s efforts to rethink traditional policing and continuing to build greater trust through increased responsiveness, transparency, and accountability,” stated Chief Luna. “She is a tremendous asset to our organization and will be a great leader for our Administration Bureau.”

Administrator Marin-Jordan has served as the Administrator of the Police Department’s Professional Standards Division since 2019. In 2020, the scope of her duties expanded to include the mission and directives under the Office of Constitutional Policing.

Prior to working for the Long Beach Police Department, Marin-Jordan has held positions in almost every aspect of the criminal justice system, as a public defender, law clerk to New York Supreme Court Justices sitting in the Criminal term, as special counsel to the Deputy Commissioner of Legal Matters in the New York City Police Department (NYPD), the first Risk Management Director in the NYPD’s Risk Management Division, as an adjunct professor in the Criminal Justice program in the Borough of Manhattan Community College and as a Deputy General Counsel, Risk Manager in the New York City Department of Correction.

“I am very excited for the opportunity to step into this new leadership role on the Police Department’s Executive Team,” stated Administrator Ruby Marin-Jordan. “As a Long Beach resident, I am proud of the many progressive changes that our department has already made, and I look forward to continuing our efforts to ensure equity and best practices in our service to our community.”

Administrator Marin-Jordan holds a Juris Doctor degree from Hofstra University, School of Law, and a Bachelor of Science in Medical Technology Degree from St. John’s University. She is a member of the New York, New Jersey, and United States Supreme Court Bar.