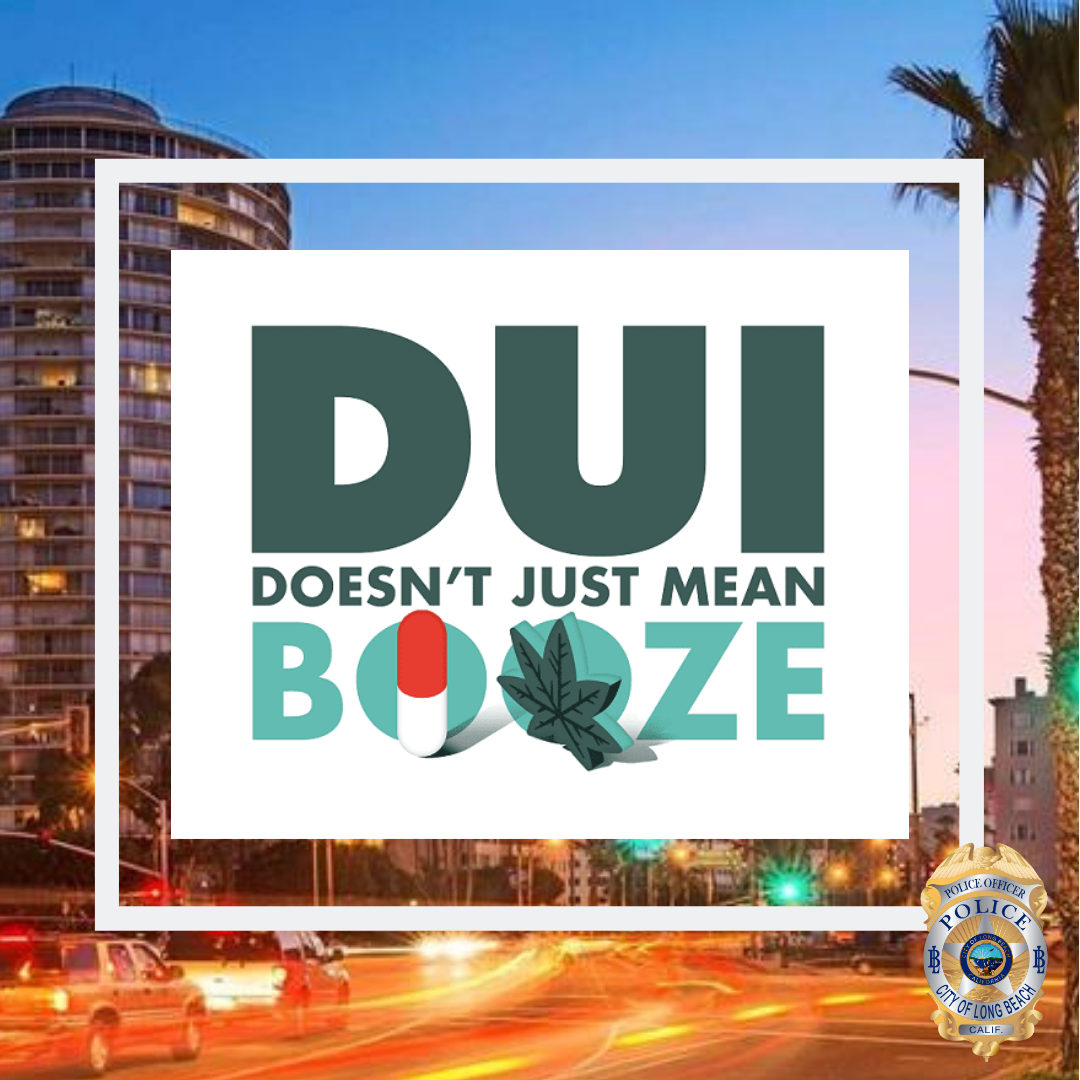 The Long Beach Police Department (LBPD) will be out Thursday and Friday, March 7-8 ,2019, looking for drivers suspected of driving under the influence of alcohol and/or drugs.

DUI saturation patrols will take place citywide in areas with high frequencies of DUI collisions and/or arrests. In 2017, 1,120 people were killed in alcohol-involved crashes on California roads. Last year the LBPD investigated over 140 DUI collisions, which claimed 10 lives and resulted in another 150 injuries.

In recent years, California has seen an increase in drug-impaired driving crashes. LBPD reminds drivers that “DUI Doesn’t Just Mean Booze.” If you take prescription drugs, particularly those with a driving or operating machinery warning on the label, you might be impaired enough to get a DUI. Marijuana can also be impairing, especially in combination with alcohol or other drugs, and can result in a DUI.

LBPD encourages drivers to follow these tips to avoid a DUI:

Drivers caught driving impaired and charged with DUI can expect the impact of a DUI arrest to be upwards of $13,500. This includes fines, fees, DUI classes, license suspension, and other expenses, not to mention possible jail time.

Funding for this DUI operation is provided to LBPD by a grant from the California Office of Traffic Safety, through the National Highway Traffic Safety Administration.