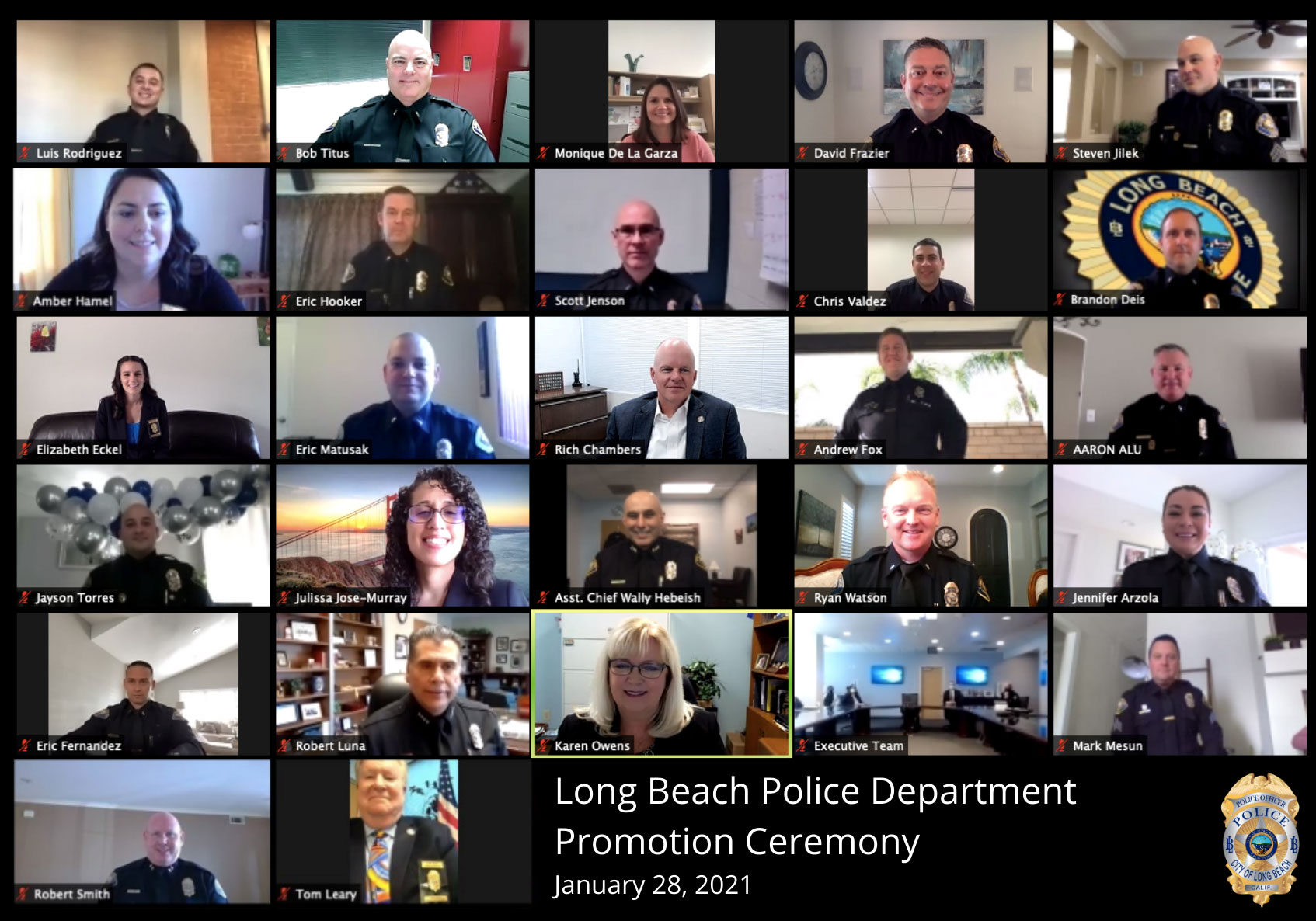 The Long Beach Police Department is proud to announce the promotion of several employees who were recognized during the Department’s first virtual promotion ceremony, which was held yesterday.

Employees recognized during the virtual ceremony are as follows:

Bureau Manager Julissa Jose-Murray:
Julissa Jose-Murray was appointed to the position of Bureau Manager over the Business Operations Bureau. In this position, Jose-Murray will oversee finance, personnel, and facility operations. She has worked for the City of Long Beach for over 14 years, most recently working for the Financial Management Department. Jose-Murray is a graduate of the City’s Management Assistant Program, Leadership Long Beach Institute, and the Congressional Hispanic Caucus Institute Public Policy Fellowship program. She holds a Master’s Degree in Social Science with a concentration in Demographic and Social Analysis from University of California, Irvine and a Master’s Degree in Public Administration from the University of Arizona. She earned dual Bachelor of Arts degrees in Psychology and Women’s Studies from the University of Rochester (NY).