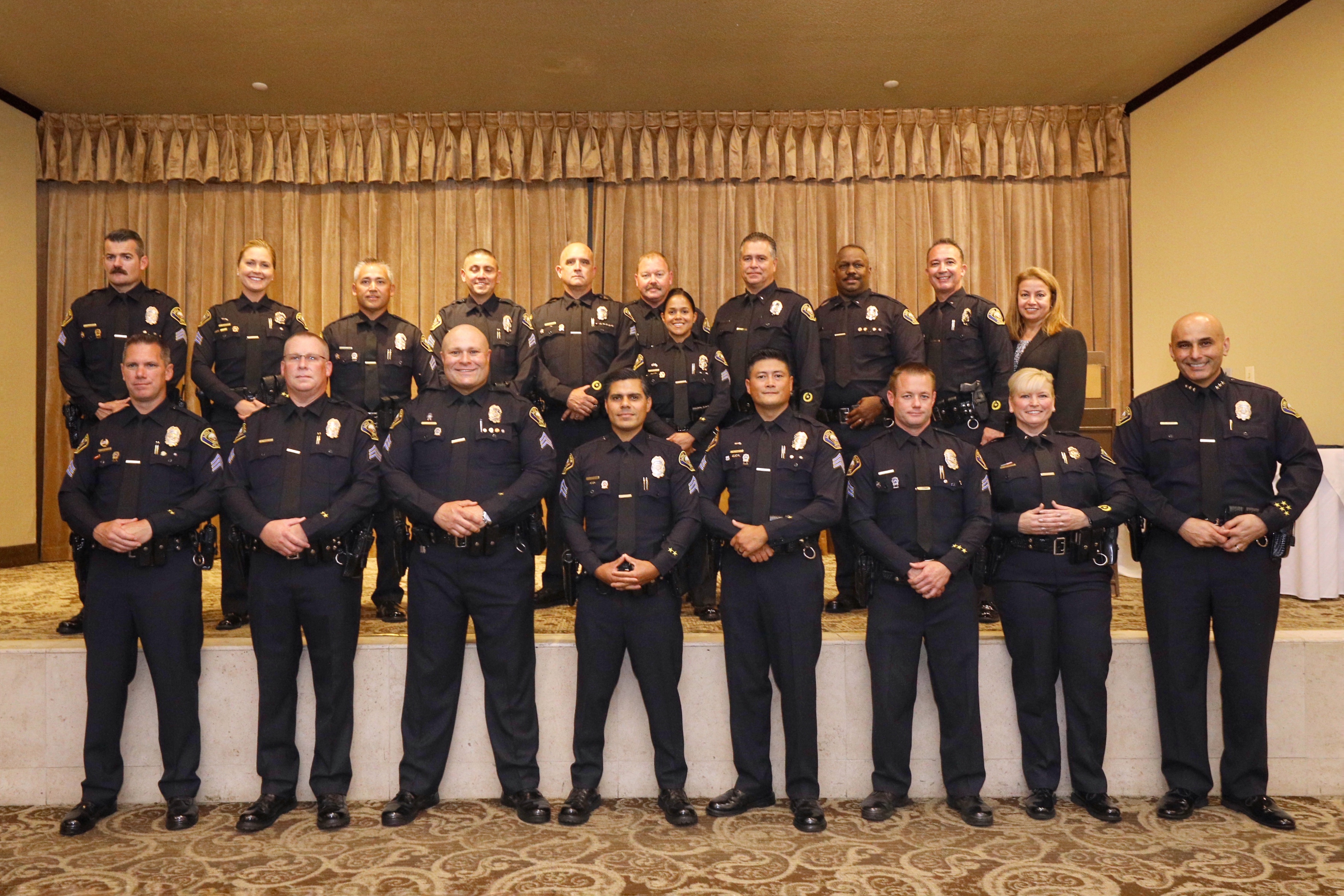 The Long Beach Police Department (LBPD) is proud to announce the promotion of several employees that took place at a ceremony held today at the Grand, Long Beach.

Command Staff level promotions included Assistant Chief Wally Hebeish who was appointed June 20th. Administrator Ruby Marin-Jordan was appointed on July 29th to the position of Professional Standards Officer. This is a new management position created to evaluate current policies and practices to ensure the LBPD continues to deliver the highest quality police services to the community and maintains the publics’ trust. Lieutenant Dina Zapalski was promoted to Commander and is the 6th female to attain this rank. She was appointed August 2nd and will oversee the Internal Affairs Division (see bios below).

All employees promoted at today’s ceremony are as follows:

He began his law enforcement career in 1994 with the Orange County Sheriff’s Department and transferred to the Long Beach Police Department in 1995. He has worked a variety of assignments throughout his career and has extensive experience in the areas of Criminal Intelligence, Investigations, Patrol, and Internal Affairs.

Assistant Chief Hebeish is a graduate of the Major Cities Chiefs Association Police Executive Leadership Institute (PELI) and has attended the Harvard University Public Safety Summit. He holds a Master’s Degree in Communication from Southern New Hampshire University and a Bachelor of Science in Criminal Justice from California State University Long Beach.

Commander Dina Zapalski:
Commander Zapalski has been with the Long Beach Police Department for over 26 years and promoted to the rank of commander on August 2, 2019, where she will be overseeing the Internal Affairs Division.

As an officer, she worked as a Field Training Officer and a Bike Officer on patrol. She later became a Detective working in the Burglary, Child Abuse, and D.A.R.E. Details. She also served as a S.W.A.T. Hostage Negotiator for six years. She promoted to the rank of Sergeant in 2005 and was assigned to Patrol, Internal Affairs, Media Relations, Office of Counter-Terrorism, and was the Directed Enforcement Team Sergeant in West Division. She was promoted to Lieutenant in 2013 and worked as a watch commander and Lieutenant of the Vice Investigations Section.

In addition to her primary assignment, Lieutenant Zapalski served as the coordinator for the Cadet Program for many years, the program offers college students the opportunity to gain real-life experience throughout various assignments, training and mentoring. She has a Bachelor of Arts in Speech Communication from Long Beach State University. She is also a graduate of the Sherman Block Supervisory Leadership Institute, P.O.S.T. Management Course, and Leadership Long Beach 2016.