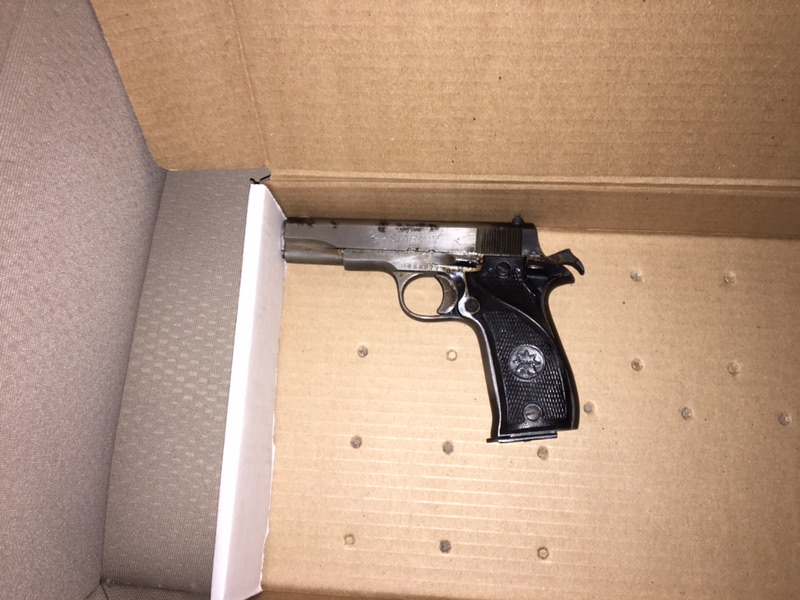 On Tuesday, March 13, 2018, at approximately 9:40 p.m., officers were involved in an officer involved shooting in the area of Chestnut Avenue and Pacific Coast Highway.

Due to recent shootings in the West Patrol Division, the Long Beach Police Department has increase patrol resources in the division in an effort to enhance the safety of our residents.

Officers stopped a vehicle for a traffic violation, while approaching the vehicle an officer observed what he believed was a suspect pointing a gun at him and an officer involved shooting occurred. A male adult suspect, was struck by police gunfire and transported to a local area hospital by the Long Beach Fire Department. The suspect is in stable condition. Three additional subjects in the car were also detained and were uninjured.

After further investigation and a search of the vehicle, a gun was recovered inside (photo above).

The suspect has been identified as 21-year-old, Anthony Mariscal of Long Beach. He was found to have a no bail felony warrant for his arrest, for violating the terms of his Post-Release Community Supervision (P.R.C.S.).

The Los Angeles County District Attorney’s Office will conduct an independent investigation of the incident, as they do with all officer involved shootings that result in injury or death.

Anyone with information regarding this incident is urged to call Homicide Detectives at (562) 570-7244. Anonymous tips may be submitted through "LA Crime Stoppers" by calling 1-800-222-TIPS (8477), downloading the "P3 Tips" app to your smart phone (available at the Apple App store and Google Play), or visiting www.lacrimestoppers.org.