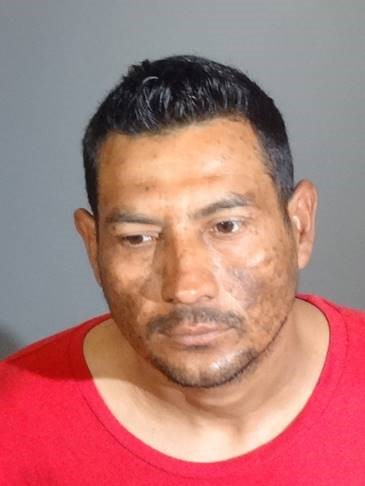 A police report was later taken and through their investigation Sex Crimes detectives, were able to identify the suspect as Hery Martinez-Paredez, a 42-year-old resident of Long Beach. On January 13, 2020, detectives presented the case to the City Prosecutor’s Office for filing consideration and an arrest warrant was subsequently issued.

On February 13, 2020, detectives arrested Martinez-Paredez at a residence in the 800 block of Gaviota Avenue. He was booked for indecent exposure and is currently being held on $200,000 bail at the Long Beach City Jail.

Detectives believe Martinez-Paredez frequently drove in the area of Orizaba Avenue and 1st Street during the months of  June through December 2019. The silver vehicle the suspect is believed to have been driving in has California license plate #5MHS956.

The Department has received several reports from other individuals who believe he was following them. If you believe you are a victim or witness of a similar crime please contact the Sex Crimes Detail at (562) 570-7368. Anonymous tips may be submitted through "LA Crime Stoppers" by calling 1-800-222-TIPS (8477), downloading the "P3 Tips" app to your smartphone (available at the Apple App store and Google Play), or visiting www.lacrimestoppers.org.