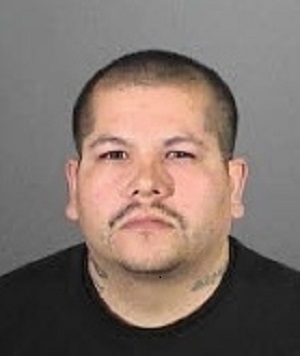 UPDATE (6/1/2016):  Suspect Mario Aguilar Jr. was extradited from Texas by the U.S. Marshals Fugitive Task Force (in which LBPD participates) on May 14, 2016.  Aguilar was arraigned on May 17, 2016, and is currently being held in Los Angeles County Jail.  He is scheduled to appear in Long Beach Superior Court on June 2, 2016, regarding this attempt murder case.

Long Beach Police are asking for the public’s help with locating Mario Aguilar Jr., a 31-year-old resident of La Puente, in connection with an attempt murder case.

On October 18, 2015, around 6:00 p.m., officers were dispatched to a residence in the area of Santa Fe Avenue and Pacific Coast Highway regarding an assault with a weapon. Arriving officers located a female adult with multiple stab wounds. Long Beach Fire Department paramedics transported the victim, in critical condition, to a local hospital. Domestic Violence detectives also responded to begin their investigation and Aguilar, the father of the victim’s children, was identified as the suspect.

On November 4, 2015, the Los Angeles County District Attorney’s Office filed charges of attempt murder and child abuse against Aguilar and a $2,395,000.00 arrest warrant was issued.

Mario Aguilar, Jr., violated his conditions of parole and remains outstanding. He should be considered armed and dangerous. He is described as a male Hispanic, 5’8”, 240 lbs., bald, with brown eyes.

Anyone with information regarding the whereabouts of Suspect Aguilar is urged to contact Domestic Violence Detective R. Hawkins at (562) 570-7277. Anyone wishing to remain anonymous may call 1-800-222-TIPS (8477), or text TIPLA plus your tip to 274637 (CRIMES), or visit www.LACrimeStoppers.org.