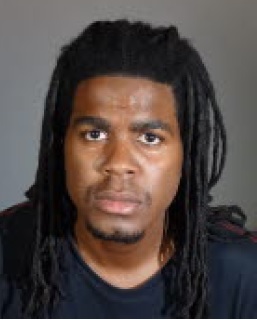 The Long Beach Police Department has made an arrest of a male adult suspect wanted in connection with four sexual assaults that occurred involving female victims.

In three of the incidents, the suspect connected with the victim online and agreed to meet at a designated location in a residential area in Long Beach. Once the victims were inside the suspect’s vehicle, he drove them to an alley, threatened them at gunpoint, and sexually assaulted them. The suspect then fled in his vehicle, leaving the victims behind.

In a fourth incident, the suspect came into contact with the victim near a liquor store in the City of Inglewood near Manchester Boulevard and Inglewood Avenue. The suspect forced the victim into his vehicle at gunpoint, drove her to an alley in the City of Long Beach, sexually assaulted her and left her behind.

Sex Crimes detectives were actively investigating the incidents and following up on leads. During their investigation, they were able to identify the person they believed responsible for the assaults. On Wednesday, October 17, 2018, at approx. 5:30 p.m., the suspect was located near Redondo Avenue and 11th Street and taken into custody. He has been identified as 26-year-old Isaiah Elijah Andino of Long Beach. He was booked for kidnapping and oral copulation by force or injury, and is being held at the Long Beach City Jail without bail.

The incidents involved victims that lived outside of Long Beach, and range in age from 18 to 22 years-old. The incidents occurred as follows:

A description of the suspect’s vehicle is not being released due to the ongoing investigation.

Detectives believe additional victims may exist and are hoping they will come forward. Anyone wishing to report an incident should contact Police Dispatch at (562) 435-6711 or Sex Crimes Detective Darlene Wigmore at (562) 570-7233. Anonymous tips may be submitted through “LA Crime Stoppers” by calling 1-800-222-TIPS (8477), downloading the “P3 Tips” app to your smart phone (available at the Apple App store and Google Play), or visiting www.lacrimestoppers.org.

Tomorrow, October 19, 2018, detectives will be presenting the case to the Los Angeles County District Attorney’s Office for filing consideration.