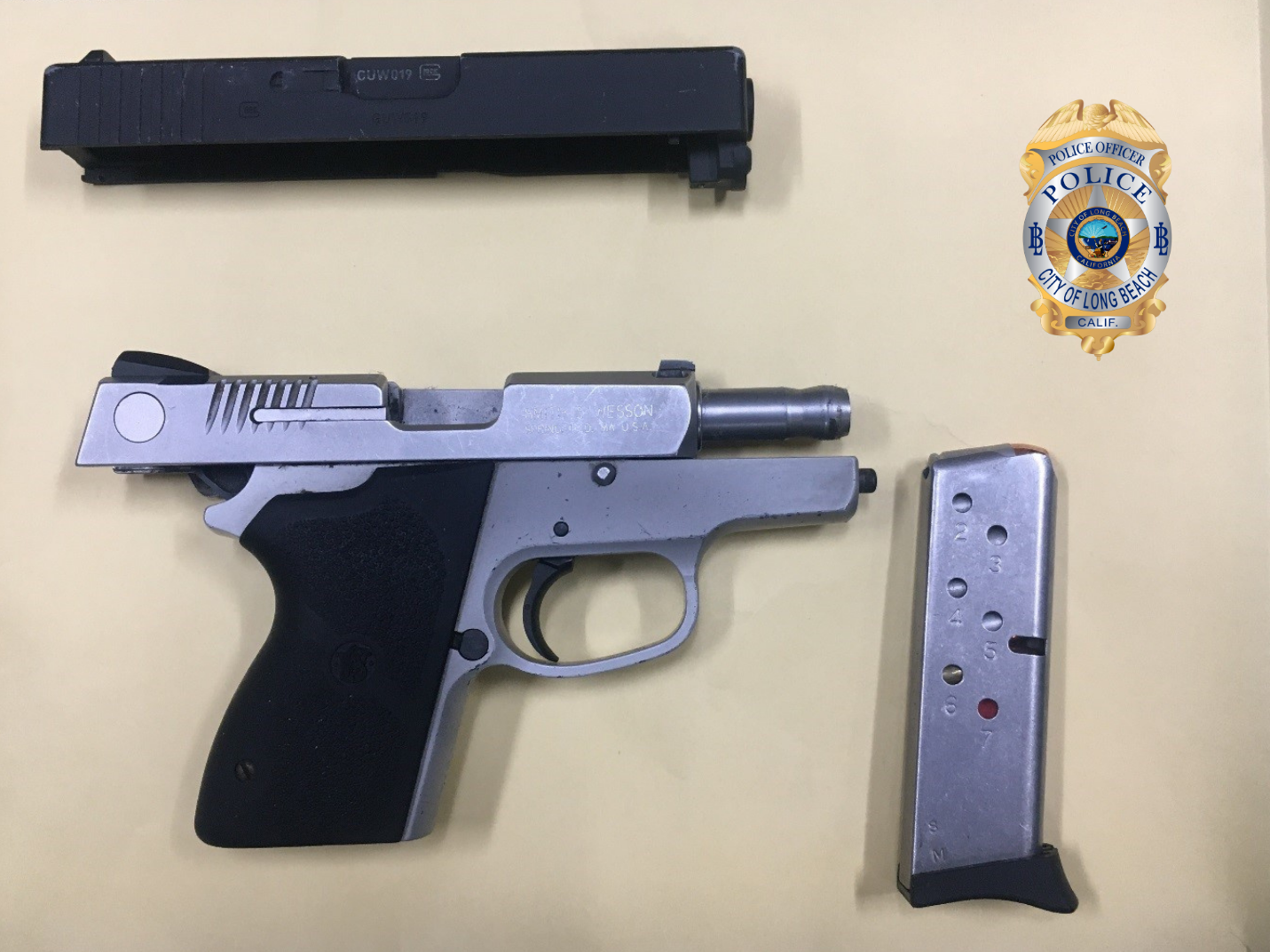 CLICK ON THE PHOTO TO ENLARGE
Photo of the seized firearm

A human trafficking investigation has led to the rescue of a 14-year-old female victim and the arrest of a male adult suspect.

On Feb. 25, 2021, at approximately 4:40 a.m., Long Beach Police Department Emergency Dispatch received a 9-1-1 call from a 14-year-old female in distress. The 14-year-old indicated she was pistol whipped to the upper torso. The juvenile victim was able to provide her location to the dispatcher and patrol officers quickly responded to the area of 15th Street and Pine Avenue.

Upon arrival, patrol officers believed the 14-year-old was potentially a human trafficking victim and notified Vice Investigations detectives, who responded to the scene to investigate.

During their investigation, Vice detectives determined the 14-year-old was driven to the City of Los Angeles to work as a commercial sex worker by her trafficker. A short while later, the trafficker transported the juvenile to the City of Long Beach where he assaulted her with a firearm.

The juvenile was treated for her injuries at a local area hospital and connected with support services.

The suspect was identified, and detectives applied for a search warrant of the suspect’s residence in the 1400 block of Locust Avenue. The Special Weapons and Tactics Team (SWAT) responded and executed the search warrant with the assistance of Gang detectives, Vice detectives, and West Division patrol officers. The suspect surrendered outside of the residence and was arrested without incident. Evidence related to the crime was located and seized, including a loaded firearm.

Officers arrested Doran Welch, 26-year-old resident of the City of Long Beach, who was booked for human trafficking of a minor with violence, procuring a child for lewd and lascivious acts, and assault with a firearm. Bail is set at $150,000. Detectives from the Vice Investigations Detail will be presenting the case to the Los Angeles County District Attorney’s Office for filing consideration early next week.

Anyone with information regarding this investigation is urged to call the Long Beach Police Department’s Vice Investigation Detail at (562) 570-7219. Anyone wishing to remain anonymous may submit a tip through “LA Crime Stoppers” by calling 1-800-222-TIPS (8477), downloading the “P3 Tips” app to your smartphone (available at the Apple App store and Google Play), or visiting www.lacrimestoppers.org.