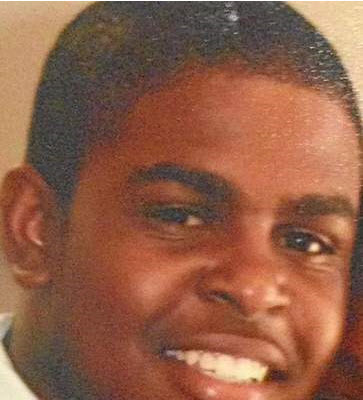 On Thursday, March 12, 2015, at approximately 3:25 p.m., Long Beach Police received a 9-1-1 call from a community member regarding an assault with a deadly weapon call in the 2800 block of Santa Fe Avenue, which resulted in the death of a 15-year-old young man.

The victim, identified as 15-year-old Keyshawn Brooks of Long Beach, was walking home from Cabrillo High School when he was confronted by a male suspect who attempted to grab his backpack. During the confrontation, the suspect stabbed Keyshawn and ran from the location.

Officers arrived on scene within two minutes of being dispatched and located Keyshawn who had sustained serious injuries. Community members had begun administering first aid to Keyshawn until medical assistance arrived.  He was transported to a local hospital by Long Beach Fire Department paramedics, and pronounced deceased shortly thereafter.

Officers at the scene quickly developed leads on the suspect's whereabouts, which led them to a residence in the 1700 block of W. Columbia Avenue, where he was apprehended.

The suspect has been identified as 18-year-old Giovanny Montelongo of Long Beach.  He is currently being interviewed by detectives and will be booked at the conclusion.

A motive for this incident is unknown and still under investigation.

This incident occurred across the street from Stephens Middle School at the time school was letting out and numerous parents were in the area picking-up their kids. Therefore, detectives believe many parents witnessed some or all of the incident, and would like them to come forward.

Although this incident did not occur on a school campus, the Police Department is working closely with the Long Beach Unified School District.  The district will be providing grief counseling support to any students in need.

Anyone with information should contact Long Beach Police Homicide Detectives Malcolm Evans and Mark Bigel Guarino at (562) 570-7244.  Anonymous tips may be submitted by calling 1-800-222-tips (8477), texting TIPLA plus your tip to crimes or (274637), or by visiting www.lacrimestoppers.org.