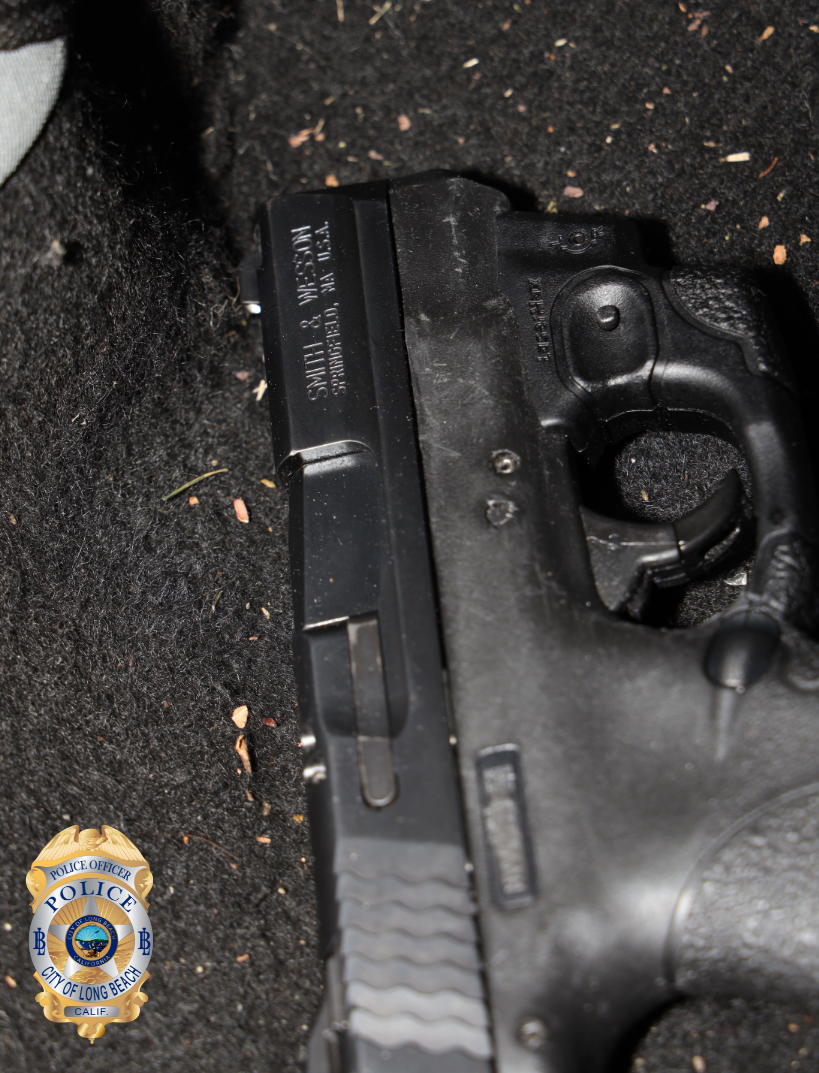 On June 26, 2021, at approximately 7:30 p.m., officers were in the area of Shoreline Drive and Aquarium Way when they were flagged down regarding a hit-shooting that just occurred. The officers, who were working as additional patrol resources assigned to the area on overtime, broadcasted information to other officers in the area, and medical aid was immediately rendered to three shooting victims until Long Beach Fire Personnel arrived on scene. Within minutes, assisting officers were able to locate and detain a vehicle with three suspects believed to be involved in the shooting.

The preliminary investigation revealed the victims were standing in front of a business, when gunshots were fired at them from a vehicle driving by. The three victims and a nearby business were struck by the gunfire. Officers conducted a traffic stop on a possible suspect vehicle that was seen fleeing the area and detained three possible suspects who were inside the vehicle. A firearm was recovered from inside the vehicle. There were multiple crime scenes located with evidence collected, as well as surveillance video from the area.

Significant investments have been made to enhance surveillance video systems in the downtown Long Beach entertainment areas. This video evidence is being reviewed and will aid in investigating and prosecuting this incident.

A motive for the shooting is still undetermined, but detectives are investigating it as possibly being gang related. Gang detectives responded to the scene and conducted an investigation. Three arrests were made after the suspects from the vehicle were positively identified as being involved in the shooting:

“We had additional officers in the area working overtime who were able to immediately render aid to the victims and also detain three people of interest. I would like to thank all of the community members who assisted the officers in the area by quickly providing valuable information during this tragic incident. I would also like to thank the Long Beach Police Officers who acted swiftly to render aid to all three victims and risked their lives to safely apprehend the dangerous armed subjects believed to be responsible for this crime.”

Anyone who has information regarding the incident is asked to contact Gang InvestigationSection at (562) 570-7370. Anonymous tips may be submitted through “LA Crime Stoppers” by calling 1-800-222-TIPS (8477), downloading the “P3 Tips” app to your smart phone (available at the Apple App store and Google Play), or visiting www.lacrimestoppers.org.