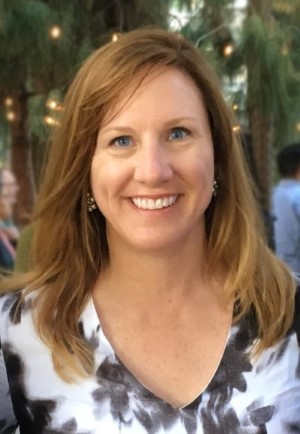 The City of Long Beach announced today that Development Services Director Amy Bodek, AICP, has been offered the top planning job for the County of Los Angeles. Ms. Bodek was recruited to apply for the position and has been selected by the County of Los Angeles Board of Supervisors as the next Director of Regional Planning. The Board of Supervisors will meet on December 5, 2017, to formally offer the job.

“This is a huge loss for the City of Long Beach, but a gain for the entire County,” said City Manager Patrick H. West. “Amy is one of the very best in her field, and it is fitting that she is being offered one of the top planning positions in the United States. We congratulate her on this incredible professional opportunity.”

Amy Bodek has served with the City of Long Beach for over 24 years, and currently oversees a department of approximately 180 staff in Building and Safety, Housing and Neighborhood Services, Code Enforcement, Planning, and Administration and Finance. She also serves as the President to the City’s wholly owned non-profit, Long Beach Community Investment Company, which focuses on the preservation and production of affordable housing.

Ms. Bodek has played an integral role in many City of Long Beach projects. These include infrastructure projects like the West and North Police Stations, the new Civic Center and Main Library, economic development engines like Douglas Park, and affordable housing projects like Anchor Place and Banner Drive. It also includes programs such as Proactive Rental Housing Inspection Program, home rebate programs, and the City’s billboard incentive program that has resulted in the removal of almost 150 billboards throughout the City.

“It has been my privilege to work on numerous programs and projects throughout my career which have made lasting contributions to the betterment of the City,” said Amy Bodek, Director of Development Services. “More importantly, though, I am incredibly honored to have been able to work with a talented and dedicated staff, and a Mayor, City Council and executive management who willingly devote their lives towards creating a safe, equitable and livable Long Beach. While I will deeply miss working for the City of Long Beach, I am excited for this new opportunity to assist the Board of Supervisors plan for a county of 10 million people.”

Ms. Bodek holds a Bachelor of Science in Environmental Design from Cornell University, and a Master of Urban Planning from New York University. She also holds registration as a certified planner with the American Institute of Certified Planners (AICP), and received her certification in Landscape Architecture from the University of California, Los Angeles. She is a member of the Urban Land Institute and the American Planning Association.

Ms. Bodek’s last day with the City will be January 19. In December, the City Manager will announce Ms. Bodek’s interim replacement and the process for selecting the next Director of Development Services.