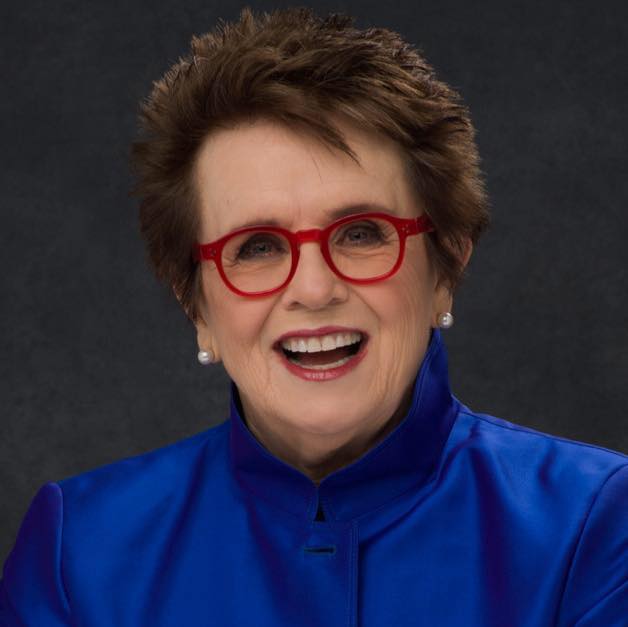 
On Saturday, September 21, the City of Long Beach will celebrate the grand opening of the new Billie Jean King Main Library. The event, which is open to the public, will begin at 9:30 a.m., with the official program starting at approximately 10:15 a.m. The celebration will take place on Broadway between Pacific Avenue and Cedar Avenue.

"The Billie Jean King Main Library is state-of-the-art, and we are thrilled to name this remarkable new space for Billie Jean King, a Long Beach legend and an activist committed to equity and fairness," said Mayor Robert Garcia.

The Billie Jean King Main Library (200 W. Broadway) replaces the Main Library, which closed earlier this year. The new 92,500-square-foot building is a LEED Gold-certified building of glass and wood, and includes space for about 300,000 books as well as a Family Learning Center, the Center for Adaptive Technology, a Veterans Resource Center, study rooms, meeting rooms, a special collections area, and an extensive children’s area with a storytelling space, an art studio and more. The library's programs will include financial planning, a citizenship corner, job skills training and literacy services.

“A library has the power to change lives through books, media, and resource centers,” said Councilmember Jeannine Pearce, who represents the area. “Naming the library after a woman who has spearheaded change for people across the world, a woman who credits Long Beach for her success, is a historic moment and one which I cannot wait to celebrate with all the residents of the city.”

The prospect of naming the new library for King was first raised by Pearce earlier this year, and the Long Beach City Council voted unanimously to name the Main Library after the Long Beach legend on Tuesday, July 23, 2019. King was born in Long Beach and raised in the Wrigley neighborhood. She began playing tennis on Long Beach's public courts as a fifth grader, won the Wimbledon women's doubles title at 17 years old, and went on to win a total of 39 Grand Slam singles, doubles and mixed doubles titles.

King campaigned for equal prize money in tennis, and, on September 20, 1973, famously won a match against Bobby Riggs. The match, which was billed as "The Battle of the Sexes," aired on prime time television to more than 90 million viewers.

An outspoken activist who advocates for gender equality, racial equality and gay rights, King went on to co-found the inclusive World TeamTennis co-ed circuit and start the Women's Sports Foundation, the Women’s Tennis Association and the Billie Jean King Leadership Initiative. She has authored nine books and has been the subject of many more. In 2009, she was awarded the Presidential Medal of Freedom for her advocacy work on behalf of women and the LGBTQ community. The medal will be displayed at the grand opening event.

“I am humbled, honored and so thrilled to celebrate the opening of the new Billie Jean King Main Library on September 21,” said King. “Long Beach provided me with amazing support throughout my youth, career and life and I have always felt incredibly grateful. Thank you to Mayor Garcia, all of our civic and government leaders, and the Long Beach Public Library Foundation, who all had the vision to build this brand new state of the art library, keeping Long Beach and our community relevant and making a clear statement as to why Long Beach is a great American city and a wonderful place to call home. It’s going to be a great day to celebrate our hometown!”

King will speak at the grand opening, which also will feature local leaders, Long Beach Unified School District students, breakfast food trucks, a ribbon-cutting ceremony and interactive activities for people of all ages. The program will be interpreted in ASL, Spanish, Khmer and Tagalog, and the library will open to the public for the first time immediately following the ceremony.

"For more than 100 years, the Long Beach Public Library has offered free and equal access to information, and the new Billie Jean King Main Library will be our most innovative space yet," said Glenda Williams, Director of Library Services. "We hope everyone comes to celebrate our grand opening and stays to explore the new library, check out a book, use a public computer or access Wi-Fi. All of this and more is free with your Long Beach Public Library card."

“We are grateful to the hundreds of Founding Donors from across the city who have made donations of all sizes, from $25 to $575,000, to support technology, programs, and enhancements in the new Billie Jean King Main Library," said Barbara Schwerin, president of the Long Beach Public Library Foundation Board of Directors. "So far, our campaign has raised over $2 million and we will continue to accept donations through the Library’s inaugural year."

The Billie Jean King Main Library Grand Opening follows on the heels of the Civic Center Grand Opening, which took place July 29. The Civic Center development, financed through a public-private partnership, also includes a revitalized Lincoln Park, which is expected to open in 2021.

On Saturday, September 21, starting at 6 a.m., Broadway will be closed from Cedar Avenue to Pacific Avenue for the festivities. The street will reopen to traffic at 2 p.m. Free parking for the grand opening celebration will be available at the Broadway Parking Garage (332 W. Broadway) on a first-come, first-served basis. Attendees are encouraged to take public transit or carpool if possible.

Long Beach Public Library, founded in 1896, serves a diverse urban city of close to half a million people. The Long Beach Public Library system includes Main Library and eleven neighborhood libraries and a vibrant online presence. In summer of 2017, the Long Beach Public Library was awarded the National Medal for Library and Museum Services in recognition of successful community-collaborations, innovative STEM (Science, Technology, Engineering, and Mathematics) and literacy-focused programs to the residents of Long Beach. With an emphasis on providing free and equal access to information and support for learning for a lifetime, the Library offers books, media, databases, Internet access, Family Learning Centers, makerspaces, and a variety of events ranging from story times to cultural programs.