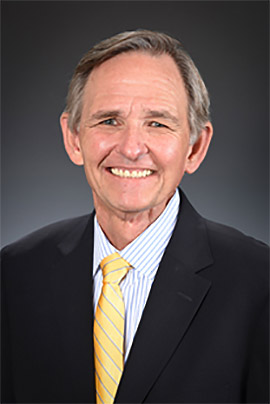 The California State Bar’s Public Law Section has selected City of Long Beach’s Assistant City Attorney, Michael J. Mais, as the 2017 Ronald M. George Public Lawyer of the Year, in recognition of Mr. Mais’ exceptional work as an attorney and his 33 years of public service.

“This honor could not have been given to a more well-deserving person,” said Mayor Robert Garcia. “Throughout his many years of service, Michael has been a valuable asset to our city. He has consistently dealt with legal issues that involve high stakes in the community with an intelligent, approachable, and humble manner which speaks to his strength in character as a person and as an attorney.”

“Mike has more than exemplified the quintessential city attorney by going above and beyond to serve not only the City of Long Beach but by acting as a role model for others as to what a city attorney should be. His longevity with the city demonstrates his extraordinary commitment to both the practice of law and the City of Long Beach,” said City Attorney Charles Parkin.

In addition, Mr. Mais has advised the Long Beach Municipal Airport for over twenty years regarding a complex and unique set of local and federal regulations related to balancing the environmental and quality of life concerns of neighborhoods with those of the airline and general aviation interests.

In addition to major interests such as these, Mr. Mais has routinely provided advice and representation to the City’s Planning Commission, Cultural Heritage Commission, Civil Service Commission and many others. He also provides day to day advice to the City’s Department of Development Services, including both the Planning and Building Bureau, and is involved in providing advice and training to various Departments, including the City’s Legislative Department, on issues pertaining to election law, the Fair Political Practices Act and the Brown Act.

In addition to major efforts such as these, Mr. Mais handles the legal issues related to development, election law, and conflict of interest matters. Early in his career he also handled criminal cases for the City.

Mr. Mais received his undergraduate degree from the University of California, San Diego and his Juris Doctor from the University of San Diego. He is a member of the California State Bar Association (Public and Environmental Law sections), and has served as the elected President of the City Attorneys Association of Los Angeles County (CAALAC). In his spare time, Mr. Mais is active in the local community finding time to work with youth as a mock trial coach and serves on the Advisory Board of Young Horizons, a nonprofit organization working to provide affordable child care for low income families in the Long Beach area.

“The selection of Michael Mais as the 2017 Public Lawyer of the Year embodies the ideal public lawyer as one who has dedicated a career to providing advice to his clients on a broad range of legal issues while maintaining his ethics and his sense of humor,” said John Appelbaum, Chair of the Public Law Section.

Every year, the Public Law Section presents the Public Lawyer of the Year award to recognize a public law practitioner who has provided outstanding service to the public and possesses an exemplary reputation in the legal community and the highest of ethical standards.

On August 18, 2017, Mr. Mais will be honored at a public reception during the State Bar’s Section Convention in San Diego.

More information about this Award and Michael J. Mais can be found on the State Bar of California website.

About the Office of the City Attorney
The duties of this office are set forth in the City’s Charter, which provides that the City Attorney shall be the sole and exclusive legal advisor of the City, City Council and all City commissions, committees, officers and employees. It is charged with municipal legal responsibilities as complex as any in the state. It furnishes the legal support for a full service municipal operation, including all City departments. For more information about the Long Beach City Attorney’s Office, please visit us at http://www.longbeach.gov/attorney/.