A ribbon-cutting ceremony was held today at Long Beach Airport (LGB) to celebrate the completed reconstruction of Runway 8R-26L, which is primarily used for general aviation. Runway 26L is Long Beach Airport’s shortest but busiest runway.

“We’re fortunate to have our own airport in the City of Long Beach,” said Mayor Robert Garcia. “This construction project makes our Airport more efficient and improves safety on the ground and in the skies above our great community.” 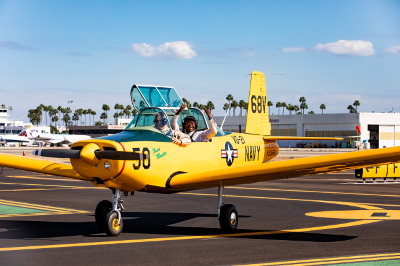 To commemorate the reconstruction completion, Vice Mayor Dee Andrews joined pilot Curt Castagna, C.M., President/CEO of Aeroplex/Aerolease Group and President of the Long Beach Airport Association, for a ceremonial first flight. The two took off in a Varga airplane from Runway 26L.

“Long Beach Airport is a powerful economic engine that in addition to serving as a commercial travel hub, stimulates and supports both local and regional industries,” said Jess L. Romo, A.A.E, Airport Director. “A great deal of coordination needed to occur to re-direct and continue operations while construction moved forward. We appreciate the efforts of everyone associated with this project.”

Reconstruction began in January 2018 to improve pilot safety and pavement conditions which consisted of the following components:

HNTB Corporation was the designer for the project, and All American Asphalt was the general contractor. Jacobs Engineering served as the construction manager. 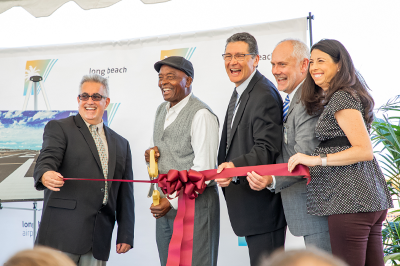 The construction cost for this project was approximately $14.5 million. Both the redesignation process and the reconstruction of Runway 8R-26L were primarily funded through a Federal Aviation Administration (FAA) grant approved by Long Beach City Council last year. The following is a link to a related press release: http://www.longbeach.gov/press-releases/long-beach-airport-awarded-$15-3-million-grant-to-upgrade-and-rename-runways/. 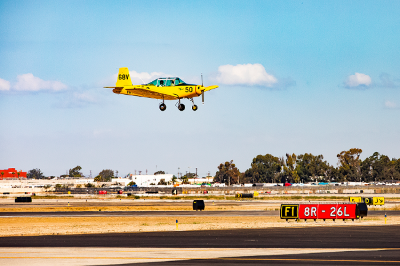